Donald Trump Has Toned Down His Response to Tragedies

Donald Trump’s response to the killing of three police officers in Baton Rouge, Louisiana, this weekend showed how his campaign has changed its response to a string of tragedies over the past year.

But while the tone has shifted, the underlying message has remained the same.

Trump’s Facebook message about Baton Rouge followed a familiar format, including an emotional response to the event, laying blame for it and proposing a solution. But the language was more restrained, calling for “more leadership” and not naming President Obama.

By comparison, Trump’s responses to attacks in Paris in November and a shooting at a gay club in Orlando that left 49 people dead in June also called for “toughness and vigilance” but included some self-congratulation that was widely criticized.

The shift in tone in Trump’s immediate response began with the Dallas shooting that left five police officers dead and several others wounded. A Facebook message posted then again called for “law and order” and “strong leadership” while also offering “thoughts and prayers for all of the victims’ families” and calling for “love and compassion.”

His response to the attack in Nice, France, also included a call for “prayers and condolences.”

Bruce Hardy, a professor of strategic communication at Temple University, said that part of the reason is simply the shift from talking to a more partisan audience in a primary to running in the general election.

“Basically when you’re in the primaries, you’re talking to the base, so it’s OK to be more extreme in your ideological positions and your ideological responses,” he said. “I have a feeling we’ll see a much more traditional presidential candidate than we have seen during this very interesting primary season.”

“That doesn’t mean he’s not going to throw some curveballs along the way just to keep things exciting, but he has to do it within a certain boundary now,” Kenski said. “He can’t afford to do anything that would make him look particularly un-presidential.” 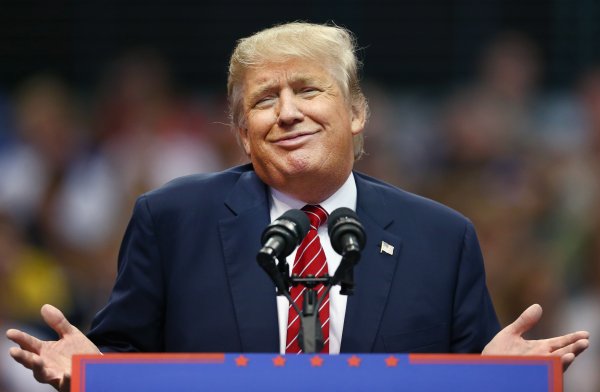