The Difference Between ISIS and ISIS-ish

Ideas
By William McCants
McCants is the author of The ISIS Apocalypse.

The pattern is tragically familiar: a troubled youth with a criminal past attacks in the name of ISIS. Charlie Hebdo, Orlando, San Bernardino and perhaps now Nice. They are not ISIS, exactly, but ISISish men and women who have no organizational ties to ISIS but murder in its name.

What are we to make of irreligious criminals and social misfits who suddenly take up the ISIS banner and pledge themselves to the religious crusade of its so-called caliph? The phenomenon is widespread in Europe, as any security professional there will tell you. Some will go so far as to say that the profile fits the majority of ISIS supporters in the West.

Some latecomers to the so-called caliph’s cause believe their violence is redemptive—a way to atone for their past sins and preserve their religious community. Fighting in defense of one’s religious community is lauded in Islamic scripture as a meritorious deed and a shortcut to paradise. Most Muslims would sharply disagree with ISIS that its terrorist attacks or its cause qualify as a defense of Islam. But some youth are persuaded by scripture and by the specter of Muslim suffering to strike a blow against their fellow citizens for the sake of their community and their own salvation. The murderous penitent believes he has circumvented the long road of pious struggle also required by scripture.

For some young men, these lofty if misplaced motives are mixed with the personal and profane. Those who hate their coworkers or despise homosexuals because of their own insecurities can cloak their acts in the bloody mantel of the so-called caliph’s authority. In this scenario, we would have to suppose these men and women are cynics who want to go out with the loudest bang but don’t really believe in the cause. Perhaps this is the case for some. But if you ask scholars who study spree killers, they will tell you it is difficult to disentangle ideological convictions from unconscious or personal motives.

It’s an immaterial distinction for the caliph. So long as he believes they answered his call for reprisals against the countries fighting to destroy his kingdom, he is only too happy to applaud his rabid fans from afar regardless of their motives. He hopes the attacks will persuade countries to abandon the coalition arrayed against him or provoke them into an unwise course of action that plays into his hands.

The attacks also help the caliph recruit. He adduces them as proof to his critics in the global jihadist community that only he can inspire such devotion. He cheers them so citizens will fear that every Muslim is a lone wolf in docile sheep’s clothing. When the fear and suspicion lead to legal measures that single out Muslims, such as veil bans, the caliph’s recruiting pitch finds more receptive ears. It is a vicious cycle that assures we will see more ISISish attackers for years to come. 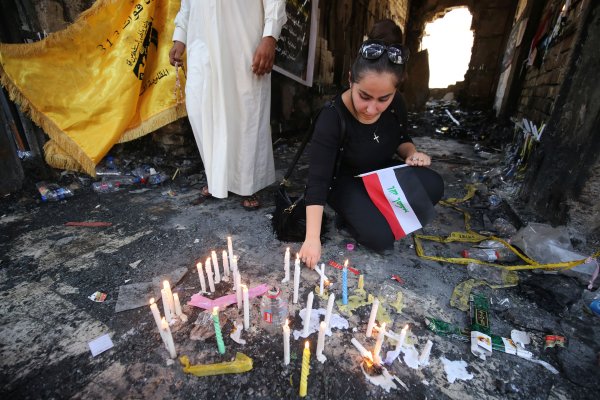 These 5 Facts Explain ISIS's Ramadan of Terror
Next Up: Editor's Pick