Nely Galán faced many obstacles when she started her Latino-focused television production company in 1989, including executives who didn’t believe TV shows geared toward a Latino audience could succeed.

But Galán proved them wrong. Her company, Galán Entertainment, incorporated in 1994, went on to produce 700 episodes of original programming, including the hit reality series The Swan. Galán ultimately rose to become Telemundo’s president of entertainment.

A Cuban immigrant, Galán later decided she wanted to offer support for other Latina entrepreneurs. Five years ago, she founded The Adelante Movement, which provides tools, training and events for Latina women who want to start their own businesses.

The Latina women Galán aims to help are now part of the fastest growing demographic of entrepreneurs in the U.S. For every 10 women-owned businesses launched since 2007, eight were started by women of color, according to the 2016 State of Women-Owned Businesses Report. In the past nine years, there’s been a 137% increase in Latina-owned businesses, a larger rise than that among any other demographic group in the U.S., the report found. (3.5 million women-owned businesses were founded during that period, according to the report, compared to 1.6 million firms owned by men.)

Yet those numbers mask a complex reality. Yes, more women of color are starting businesses, thanks to rising levels of education and work experience. But there were very few businesses owned by women of color to start with. And the businesses tend to be small, averaging less than $70,000 per year in revenue, often in the retail or service industry, researchers said. Meanwhile, many of the nearly 3 million women of color who have started companies since the recession did so because they, like many other Americans, weren’t able to find jobs elsewhere.

Businesses launched by women of color also tend to grow more slowly than those started by white men. That’s in part because they’re less likely to get outside funding. About two-thirds of venture capitalists are white men. It shows: a 2014 study from the Arthur M. Blank Center for Entrepreneurship at Babson College found that only 2.7% of the venture-backed companies studied had a female chief executive. Meanwhile, the report found that companies with all-male teams were four times more likely to receive venture funding compared to teams with at least one woman.

Many female entrepreneurs say they face biases because of their race or gender, including difficulty in networking, securing financing and bringing in partners. Among the biggest challenges: They’re often alone in a male-dominated world. Jazmin Truesdale, who started Aza Entertainment in 2013 and officially launched it this year, said she is frequently the only woman of color in business meetings. The 28-year-old Durham, N.C. resident said that many people have encouraged her vision of empowering women through diverse female superheroes. But she also recalls a recent merchandising meeting in which she was the only woman and person of color in a room of white male executives and team members. She said they talked down to her and she had to interrupt them to explain her own plan. She countered their skepticism by pointing out that she holds an MBA from the Florida Institute of Technology; she believes it’s unlikely a male founder would have to produce such evidence of competence mid-meeting.

“I do get a bit of shock going to a meeting,” Truesdale said. “They’re shocked I’m black, and they’re shocked by the magnitude of what I do. They assume I’m a partner with another. This is my company that I put together by myself.”

Marla Rausch, a 45-year-old Salt Lake City entrepreneur, has faced similar issues since she started the animation and motion capture services company Animation Vertigo in 2004. “The almost automatic assumption is that it’s actually my husband’s company, and I’m just running it,” Rausch said.

Marla Rausch is the founder of animation and motion capture services company Animation Vertigo, which has offices in the U.S. and her birth country, the Philippines.
Photo courtesy of Marla Rausch

As women of color try to make the leap into entrepreneurship, they often find that traditional networks designed to boost startups are missing people who look like them. Stephanie Bravo, a 31-year-old Mexican-American based in Silicon Valley who works in Milpitas, Calif., often attends networking events, but she found it tough to get a start.

“It’s kind of a boys club,” said Bravo, co-founder of StudentMentor.org, which connects students with mentors and has partnered with the White House. “Unless you can break into that club, it’s hard to get your foot in the door at some places…having access to those networks and learning how to navigate their networks — that has been the biggest challenge I’ve seen in terms of getting where I want to in my business.” Bravo still serves on the board of directors of StudentMentor.org, but she is now chief program officer at Strive for College, an already established organization that provides resources for first-generation college students.

Stephanie Bravo, chief program officer of Strive for College, is the co-founder of StudentMentor.org.
Photo courtesy of Stephanie Bravo

But where female founders see barriers, some investors sense an opportunity. Kathryn Finney, a 38-year-old angel investor in Atlanta, is investing in firms started by women of color. She’s a partner at Harriet Angels, which focuses on early-stage investment in startups founded by black and Latina women. According to Finney, over half of the investors at Harriet Angels are African-American women, and half are new investors. “Most investors are missing opportunities because of their own biases, and we want to capitalize on that,” Finney said.

Galán, the TV executive, is also looking to boost her brand by capitalizing on an underserved demographic. She founded The Adelante Movement after Latina women began approaching her to ask how she started such a successful business. Now she runs events across the country for Latinas and other women who want to start businesses, sharing resources that will help them so that they don’t feel they’re entirely on their own.

“I think the key to entrepreneurship is get back on the horse. Push little by little,” Galán said. “The next stage is where women raise money. The next phase is women investing in women.” 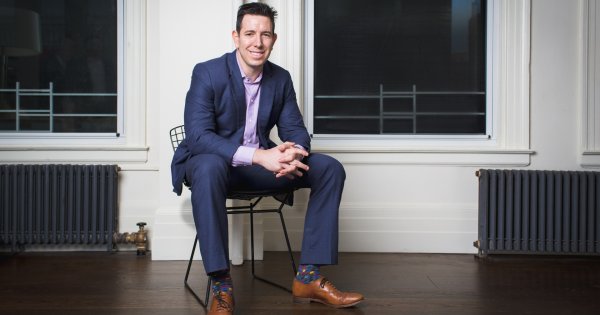