The twin towers of the World Trade Center burn behind the Empire State Building in New York after terrorists crashed two planes into the towers causing both to collapse, Sept. 11, 2001.
Marty Lederhandler—AP
By Massimo Calabresi

The long-secret “28 pages” from a 14-year-old congressional inquiry into Saudi Arabia’s role in the 9/11 attacks released Friday contains a litany of clues, but no hard evidence, of any role played by the kingdom in the plot, which killed nearly 3,000 people.

The new information “does not change the assessment of the U.S. government that there’s no evidence that the Saudi government as an institution or senior Saudi officials individually funded Al Qaeda,” Josh Earnest, the White House press secretary, said, quoting directly from the report.

But it contains lots of fodder for conspiracy buffs. “While in the United States, some of the September 11 hijackers were in contact with, and received support or assistance from, individuals who may be connected to the Saudi Government,” the report said. “There is information, primarily from FBI sources, that at least two of those individuals were alleged by some to be Saudi intelligence officers.”

The partially-redacted pages, dating from December 2002, are crammed with caveats and qualifiers that will likely lead to no major changes in the public’s understanding of Saudi Arabia’s role in the 9/11 attacks on New York’s World Trade Center, the Pentagon, and the downing of an airliner in Pennsylvania. Fifteen of the 19 hijackers aboard the four planes were Saudi citizens.

The leadership of Saudi Arabia abetted the rise of transnational terrorism prior to 9/11, and the world paid a price. The much-anticipated 28 pages reads like a postcard from that era. “Neither CIA nor FBI witnesses were able to identify definitively the extent of Saudi support for terrorist activity globally or within the United States and the extent to which such support, if it exists, is knowing or inadvertent in nature,” said the newly-released portion of the report, by a House-Senate panel that investigated the attacks. The panel found this lack of knowledge “unacceptable,” and added that the FBI “apparently” had refrained from investigating Saudis inside the U.S. “due to Saudi Arabia’s status as a U.S. `ally.’”

Much of the 28 pages cites raw and uncorroborated intelligence reports, which are often unreliable. The pages had been classified to keep relations between Washington and Riyadh stable. The report named 10 Saudis who may have supported the hijackers, including one who received “a significant amount of cash” from a member of the Saudi royal family, according to a CIA report. The panel said it did not investigate evidence of the kingdom’s support for the 9/11 hijackers because that was “beyond the scope of this joint inquiry.” The pages are from the report’s Part 4, titled “Finding, Discussion and Narrative Regarding Certain Sensitive National Security Matters.” The original report was released in 2004.

But in the 15 years since 9/11, as al Qaeda and other extremists stepped up their attacks on the Saudi leadership, the Saudis have cracked down on terrorist groups. Saudi complicity in transnational terrorism has been replaced by other more pressing problems in the U.S.-Saudi relationship. As raw as the revelations in the 28 pages are, some Middle East experts say, the U.S. needs to look to its interests as it tackles chaos in the region, global economic uncertainty and a growing threat from “crowd sourced” terrorism.

The Saudis are undergoing three slow-moving crises, says Jon Alterman of the Center for Strategic and International Studies: a fiscal crisis generated by the staggering drop in the price of oil over the last two years; a succession crisis, where for the first time in decades it is unclear who will take power when the current leader, 80-year-old King Salman, dies; and a crisis in its relations with the U.S.

Already nervous about the uncertainty produced by the first two, the Saudis see the release of the 28 pages in the context of the third. “In reality it’s a manageable news blip, but they see it coming in the context of a crisis in bilateral relations,” says Alterman, “And they don’t understand it and they don’t know how to respond to it.”

From the U.S. perspective, the Saudis remain a problem to manage: according to Jeffrey Goldberg of The Atlantic, when the Australian Prime Minister asked President Obama whether the Saudi’s weren’t our friends, Obama said, “It’s complicated.” The ruling family is still gripped by its foundational Faustian bargain with the extremist Wahhabi interpretation of Islam, which makes it a force against liberalism worldwide.

But the Saudis remain in control of much of the world’s energy supply—80% of the oil and gas on which America’s trade partners in Asia use to produce goods and services we rely on comes from the Gulf. The Saudis are in the middle of the contest for the future of the Middle East, with active military and intelligence operations in Yemen, Syria, Iraq and elsewhere. The U.S.-Saudi relationship has “never been an easy relationship, but it’s not going to stop being important,” says Alterman, “As long as we want to play on a global level as the U.S. has since World War 1.”

Saudi Arabia “welcomes the release” of the 28 pages, Abdullah al-Saud, the Saudi ambassador to the United States, said in a statement. “Since 2002, the 9/11 Commission and several government agencies, including the C.I.A. and the F.B.I., have investigated the contents of the ‘28 Pages’ and have confirmed that neither the Saudi government, nor senior Saudi officials, nor any person acting on behalf of the Saudi government provided any support or encouragement for these attacks,” he added. “We hope the release of these pages will clear up, once and for all, any lingering questions or suspicions about Saudi Arabia’s actions, intentions, or long-term friendship with the United States.”

The Saudis, in fact, have argued for the release of the 28 pages in an attempt to get this issue behind them. The question now is whether their release will make a positive or negative difference on the issues the U.S. cares about, nearly 15 years after they were written. 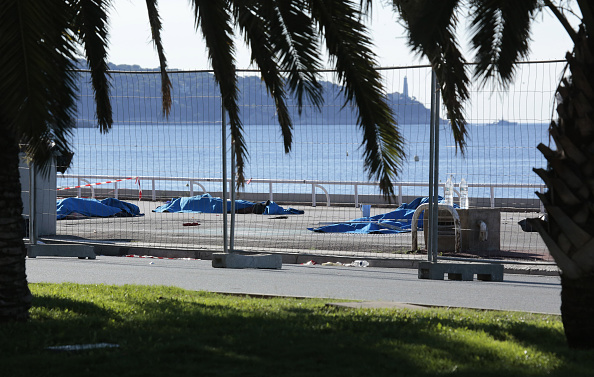 How Trump's Call to Declare War on ISIS Would Be Different
Next Up: Editor's Pick