After Tom Hiddleston said that he and Taylor Swift are truly dating and not just putting on a show for the cameras Thursday, Chris Hemsworth offered his two cents on the pair.

Hemsworth — who is currently filming Thor: Ragnarok alongside Hiddleston — called into Australian radio show Fitzy & Wippa Friday and revealed that his co-star seems to be thrilled in his new relationship. “I haven’t met [Swift] personally, but she’s obviously hugely talented,” he told the hosts. “As I said, I haven’t actually met her. I think they only got here three or four days ago and I’ve seen Tom around. He looks happy, mate.”

The 32-year-old actor was then asked if he plans on getting an autograph from Swift for his daughter. “No, I’ll just ask her to sing a song,” he replied. “Hand her the guitar in between set-ups for the cameras and I’ll be like, ‘Off you go.’ A couple of tunes would be nice.” 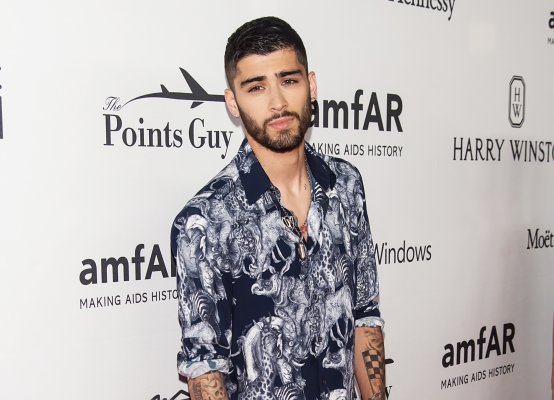 Zayn Malik Proved He’s the Ultimate Star Wars Nerd With a Tattoo That Lights Up
Next Up: Editor's Pick