The phone call came at 11:30pm on Wednesday. I’ve made my decision, Donald Trump told Jerry Falwell, Jr., before revealing that Indiana Governor Mike Pence would be his running mate. “Nobody knows but you,” the Liberty University president says Trump told him.

Trump’s pick came after three days of in-depth calls back-and-forth with evangelical leaders on whether Pence or former House Speaker Newt Gingrich would better appeal to their constituents. “He really is giving weight to the evangelical vote—it was his primary consideration,” Falwell says. “I made it clear to him that myself, and I believe the evangelical world, would strongly embrace either one.”

Trump’s late night call to Falwell was their fourth in three days. Earlier Wednesday morning, Trump called and listened as Falwell offered pros and cons for each of his two finalists: Pence may not have as great of name recognition, but Gingrich was more polarizing. “He joked, ‘You wouldn’t believe how they well vet these candidates, but the only one they don’t vet is me!’” Falwell says. “But, he added, ‘The American people vet me pretty well.’”

After they hung up, Falwell called Franklin Graham, who was on vacation in Alaska, to get his thoughts. Falwell gave him Trump’s number so Graham could discuss his opinions with the candidate directly. After Graham talked with Trump, he and Falwell debriefed. Graham, who maintains that he is not an advocate for a political party, declined to comment on his call with Trump. “It was a private conversation,” he told TIME through a spokesman. Graham was also part of a small group of evangelicals, including Falwell, who met privately with Trump in June.

Televangelist James Robison, president of Life Outreach International, had also been talking with Trump’s team about the vice presidential selection. Robison, like Falwell, is a member of Trump’s evangelical advisory board. “Pence seemed to bring understanding of working in the arena new to Trump and important balance to Trump, and would build confidence in his own judgment and recognition of the importance of wise counsel,” Robison says. “I had made it clear God uses imperfect people to accomplish his perfect will….when the imperfect hear and heed wise counsel.”

Perhaps knowing that he faced a formidable conservative hero in Mike Pence, Gingrich reached out to social conservative leaders with common cause. He spoke on Sean Hannity’s show back-to-back nights. David Lane, founder of the American Renewal Project, championed his support for the former House Speaker in an op-ed for TIME titled, “Why Trump’s Dream Veep is Newt Gingrich.” Gingrich also spoke with Falwell, a longtime friend, several times this week. Gingrich has visited Liberty frequently, signing books, and even speaking at the university four days after Jerry Falwell, Sr., died. “I called Newt to understand if he was even interested in the VP spot—he said he had a cruise planned, a trip to Antarctica planned, but ‘I would give it all up for my country,’” Falwell says. “If I knew Mike Pence, I’d have called him too.”

While some evangelical leaders had concerns about Gingrich’s past, others criticized Pence for how he handled a religious liberty law in Indiana last year. Pence signed the Religious Freedom Restoration Act, and then he softened some language after critics, including businesses, concluded it provided a license to discriminate against gays and lesbians. That incident does not concern Falwell. “It is a real testament to Mike Pence that the only negative thing anyone could come up with was so minor,” he says. “I know the best marriages happen when the people are opposites… I believe he will be perfect complement to Donald Trump on the ticket.”

Some evangelical leaders have stated that their support for Trump would depend on some of his biggest decisions, including nominations to the Supreme Court and his choice of a vice president. Nearly four out of five white evangelical voters support Trump, according to a Pew Research Center report, and support is shared evenly between evangelicals who attend church regularly and those who do not.

Ralph Reed for one is pleased with Trump’s choice. “Pence is a solid conservative, a man of faith, and someone with a stellar record at both the federal and state levels,” he says. “A serious, unifying pick.”

“As a Christian and a conservative, I’m greatly encouraged,” Ronnie Floyd, immediate president of the Southern Baptist Convention, said. “Mr. Pence’s faith and strong conservative convictions should help refocus this election on the values America needs most, now.” 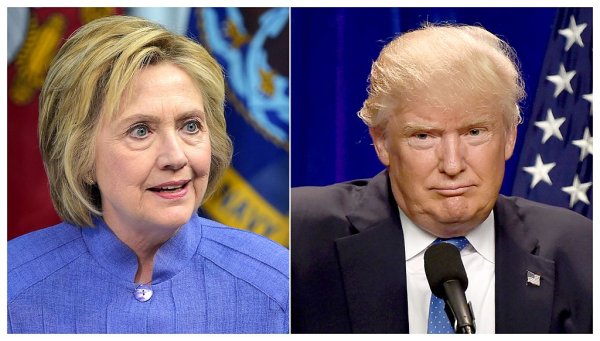 Trump Leads Clinton 3-1 in Late-Night Jokes
Next Up: Editor's Pick