Foo Fighters fans may have found themselves yelling answers at their TV screens when dedicated an entire category to the band.

During the Double Jeopardy round of the quiz show, longtime host Alex Trebek grilled the contestants about a Foo Fighters album, Sonic Highways; frontman Dave Grohl’s former outfit, Nirvana (perhaps you’ve heard of them?); where the band got its name; and the lyrics to their mega-hit “My Hero.”

Sadly, the quiz show’s contestants weren’t able to answer too many questions about the group, although they should be ashamed of themselves for not knowing the lyrics to “My Hero” as the song is completely unavoidable. Much to the consternation of the cross-section of Foo Fighters and Jeopardy fans watching the show, who could easily have nailed the category, the contestants were only able to answer two of the questions about the band.

In another inside joke for Foo Fighters fans, Jeopardy also featured a category called “Learning to Fly,” but it had nothing to do with the band. Watch below. 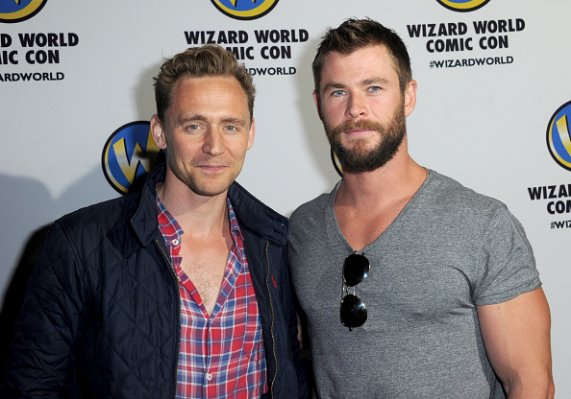 Here's What Chris Hemsworth Has to Say About Tom Hiddleston and Taylor Swift
Next Up: Editor's Pick