Donald Trump made his vice presidential pick public in the same way he’s done a lot of his campaigning: with a tweet.

After postponing a planned press conference to announce his choice of Indiana Gov. Mike Pence due to the attack in Nice, France, the presumptive Republican nominee sent out a tweet at 10:50 a.m. Friday with the news, the first time the announcement has been made via Twitter.

The news was not a surprise. Sources told TIME and other news outlets Thursday that Trump had already picked Pence. But Pence faced a noon deadline Friday to remove his name from the Indiana ballot for re-election as governor.

Trump and Pence have disagreed on a variety of topics during the Republican primary, and Pence endorsed Trump’s rival, Texas Sen. Ted Cruz, during the crucial Indiana primary, though he added at the time that he wasn’t “against anybody” either.

The campaign of presumptive Democratic nominee Hillary Clinton criticized the pick, with chairman John Podesta describing Pence as “the most extreme pick in a generation” and “an incredibly divisive and unpopular running mate.” The campaign also immediately released a one-minute online video criticizing him.

Read More: Why Trump Picked Pence as His Running Mate 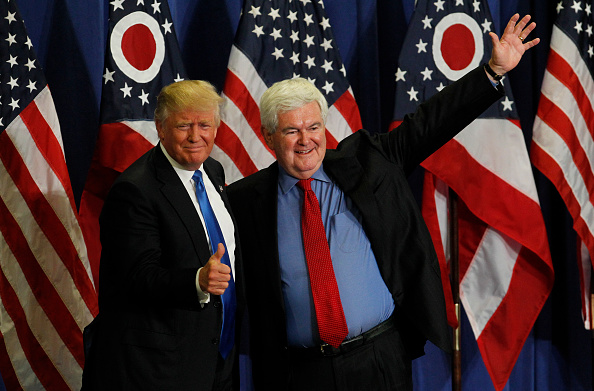 Newt Gingrich: Mike Pence Would Have 'Midwestern Appeal'
Next Up: Editor's Pick