Comdt. Pat Quinlan, far left, poses with soldiers of A Company, 35th Infantry Battalion, in Elisabethville, before the siege.
Courtesy of Leo Quinlan
By Ciaran Byrne/Dublin

Noel Carey remembers the mortars screaming in over his head and then the ear-splitting crash as they hit the ground and exploded. “I nearly sh-t myself,” he says. “We knew there and then that these guys were trying to kill every last one of us.” John Gorman recalls sitting in a trench while a chaplain gave him the last rites. “That’s what he thought of our chances. It was scary, I thought this is it,” he adds.

In September 1961 Carey was a 24-year-old lieutenant, Gorman a wide-eyed 17-year-old private, part of an Irish contingent of United Nations peacekeepers deployed in the Democratic Republic of the Congo (DRC) to stop the country descending into chaos. Even at a distance of 55 years, their voices crack with emotion as they recall how their mission turned into a battle for survival in what was Ireland’s first ever international military deployment.

What unfolded over five days in Jadotville is a little-known but astonishing story of heroism and against-all-odds soldiering, a feat of indefatigable courage that is now the subject of a major new Netflix movie, to be released this Fall.

The Siege of Jadotville, with Fifty Shades of Grey star Jamie Dornan in the lead role, tells the true story of how these 157 Irishmen, led by a tactically astute commander, routed a force of 3,000 attackers, killing 300 of them — while suffering no fatalities.

The siege of Jadotville has echoes of 1879 battle of Rorke’s Drift in Natal province, South Africa, when 150 British soldiers repelled attacks by up to 3,000 Zulu warriors. The battle was immortalized in the film Zulu.

The Congo, like many African countries in the years after the Second World War, had turned against its European ruler, Belgium, and declared independence in 1960. The new government was ill-prepared for its new role and the U.N. Security Council set up the U.N. Operation in the Congo to support it. Amid the chaos, Moise Tshombe, a Christian and anti-communist politician, supported by some Europeans, declared the resource-rich province of Katanga independent of the DRC. The U.N. forces found themselves party to a civil war between the central government and Katanga, which was also supported by Rhodesia and South Africa.

Ireland, which had only broken free from Britain in 1922, now found itself defending other newly independent states, as part of the U.N., which it had joined in 1955.

As part of the U.N. mission, Carey and Gorman’s A Company of the Irish Army’s 35th Infantry Battalion was dispatched to Jadotville, a strategic, mineral-rich town in Katanga, with orders to protect the mainly Belgian settlers.

The U.N. forces were largely based in the provincial capital of Elisabethville, 80 miles south-east of Jadotville, and initially the Irish were deployed to that city’s airport. In a move that has never been explained, two companies of U.N. peacekeepers—one Swedish and one Irish—had been hastily withdrawn from Jadotville, days before A Company was sent in.

What seemed like a simple mission, ended up in a desperate life or death fight, pitting the Irish against a well-armed enemy, which consisted of Katangan troops supported by European mercenaries and settlers who outnumbered them 20 to one.

Commandant Pat Quinlan, the wily, blunt, pipe-smoking officer in charge of A Company noted the deep levels of hostility to his men in Jadotville and began to organize a robust defensive perimeter around their base. The 42-year-old officer ordered his men to dig 1.5-metre-deep trenches, stockpile water and carry their guns at all times.

His instincts were correct; while most of his men were at mass on September 13, the Katangans attacked, probably with the aim of taking the Irish as prisoners and using them as leverage in negotiations with the U.N.

The Katangans attacked after other U.N. forces seized Katangan positions in Elisabethville, a planned operation, which had inexplicably been kept secret from Quinlan by the U.N. command. The Katangans had also taken a key river crossing that meant the Irish were completely trapped.

The Irish were lightly armed, with 60mm mortars, Vickers machine guns, shoulder-fired anti-tank guns and Bren light machine guns. They had one truck, two jeeps and only intermittent radio communications. The Katangans had artillery and air support in a single Fouga Magister training jet.

Sergeant John Monahan was the first to see the first wave of attackers coming. He’d just finished shaving and his towel was still draped around his shoulders, but Monahan rushed to the nearest machine gun.

He opened fire and so began the battle. The Irish were hit by mortars and heavy machine gun fire and strafed by the Fouga jet. The same airplane later dropped bombs, damaging the Irish vehicles and buildings. “As the shells and bullets rained down on us, I just thought ‘what that the f–k?’ we were supposed to be peacekeepers, now we’re all going to get killed,” Carey tells TIME.

The Katangans attacked and were driven back again and again but they were getting closer to the Irish positions. “I don’t know to this day how we did it,” says Gorman. “But Quinlan was a master tactician.”

Quinlan negotiated a series of ceasefires with the Belgian mayor of Jadotville to create time for the arrival of re-inforcements or supplies. A Norwegian pilot flew his helicopter in with water, which turned out to be contaminated but that was the U.N.’s last attempt to help the Irish. The Katangans continued to breach the ceasefire and without water and ammunition, the Irish had no choice but to surrender. They had killed 300 of their attackers and five Irish soldiers were wounded. The Irish feared for their lives after the damage they had done to their enemy but they were only held for five weeks before the U.N. could negotiate their release, and returned home in December.

There was to be no hero’s welcome. The surrender of A Company was seen by some as a national embarrassment which overshadowed the men’s courage and competence. The treatment of the Jadotville troops infuriated the soldiers and their families and led to a decades-long fight to recognize the importance of the battle.

“Jadotville was swept under the carpet,” says author and military expert Declan Power, on whose book, Siege at Jadotville, the new movie is based. “Anyone who was there was made to feel like they couldn’t talk about it. There was shame associated with it. The men should have been heroes, instead they were subject to humiliation and in some cases abuse for their involvement.”

Quinlan, from Waterville in Co. Kerry, who is played in the movie by Dornan, died in 1997, aged 78, with his achievement still unrecognized. In Jadotville, he was supported by a close-knit group of officers and NCOs who ensured that A Company stuck together during the siege. “I didn’t know Quinlan very well before the Congo, but by God, when the chips were down, he was first through the gates,” says Gorman. He adds that in later years, Quinlan never spoke about what happened in Jadotville.

Comdt. Pat Quinlan, second from right, with the Norwegian pilot Bjorne Hovden, left, and Swedish co-pilot, right, of a U.N. helicopter that landed in Jadotville under heavy fire during the battle, in an attempt to deliver water to Irish troops. A Company’s Swedish interpreter Lars Froberg is second from left.
Courtesy of Leo Quinlan

“We were a raw, inexperienced army,” recalls Carey, who now lives in the southern Irish city of Cork. He provided Dornan with information to help the actor prepare for the role. “We had antiquated equipment, armored cars that you could probably shoot arrows through. We wore uniforms made of bull’s wool and hobnailed boots.”

Gorman didn’t even tell his mother he was going to Africa. “The first she knew of this was when she got a telegram from the Army, saying I was a prisoner,” says Gorman.“She had been praying every night for the boys in Jadotville and she had no idea I was one of them,” he recalls.

“Pat Quinlan saved our lives and now with this film, the truth has finally come out,” said the 72-year-old, who retired from the army in 1984.

Gorman and Carey stress they had small roles in a greater enterprise. “Quinlan happened to be the manager but we were a team,” says Gorman.

The campaign to gain recognition for the unit’s bravery received a boost last week; Ireland’s defense minister Paul Kehoe said the men of A Company will be honored at a ceremony in September.

The movie means the men’s actions will no longer be a forgotten detail of Irish history. Pat Quinlan’s son Leo, watched The Siege of Jadotville at a special screening in Galway in June. His son, Pat Quinlan’s grandson Conor, appears in the film.

The film is directed by Richie Smyth, an Irishman who has made videos for U2 and Bon Jovi and will be distributed by Netflix.

Leo Quinlan says he was thrilled with how sensitively and accurately his father’s story has been told. “The truth has finally been recognized. Dad would be very proud, very happy, to see the real story told at last,” he tells TIME.

Michael Kennedy, a military and diplomatic historian and author of Ireland, the United Nations and the Congo, provided some historical guidance for the movie’s script. He says: “Quinlan and his men helped to shape Ireland’s reputation today for providing well-trained, respected and, above all, resilient United Nations peacekeepers. At Jadotville, the Irish, with a small unit under very competent leadership, resisted a much larger, battle-hardened force and showed their ability and professionalism in Ireland’s first ever peacekeeping mission. Now they can finally be honored.”

The Siege of Jadotville will be available to Netflix subscribers this Fall, after a limited cinema release. 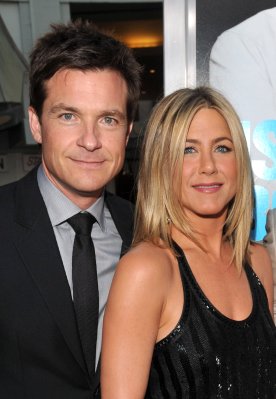 The Office Christmas Party Trailer Teases the Most Insane Holiday Blowout Ever
Next Up: Editor's Pick