Emojis Will Have Exciting New Roles for Women

The emojiverse just keeps on growing. This time, though, the focus is on giving women more representation and less old-fashioned stereotyping.

In an official Google blog post, the search giant notes that more than 90 percent of the world’s online population use emoji in their communications. But when it comes to representing real people, emojis have long been lacking, initially offering only one skin color — and some pretty outdated gender-normative career options. (Men get to be police officers; women get to be… brides.)

Working with the emoji overlords, the Unicode Technical Committee, Google proposed — and has had approved — 11 new professional emoji. They’ll come in both male and female options, with a range of skin tones enabled. Professions like singer, computer engineer, teacher, chef, and farmer will available (and customizable). Plus, Unicode will add male and female options to 33 already-existing emoji (so now people can express themselves using a woman weightlifting, for instance, or a man getting his hair cut).

“No matter where you look, women are gaining visibility and recognition as never before,” the proposal reads. “Isn’t it time that emoji also reflect the reality that women play a key role in every walk of life and in every profession? Given the fact that women are the most frequent emoji users, and that they span a wide professional spectrum not yet reflected in current emoji, we want to help address this pressing matter of equality.”

Looks like 2016 has been a major win for emoji users: in the space of just a few months, we’ll have gained the all-important avocado emoji and the female doctor. 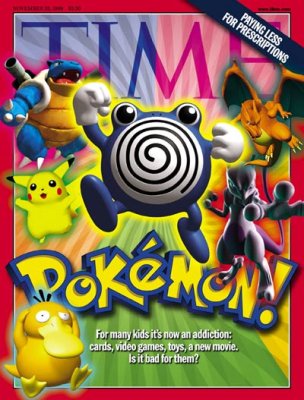 Parents Have Long Feared That Pokemon Is Bad for Kids
Next Up: Editor's Pick