Family Mourns American Father and Son Killed in Nice Attack: 'We Are Heartbroken and In Shock'

An American father and son were among the 84 people killed on Thursday when a large truck tore through a crowd celebrating Bastille Day in Nice, France.

Sean Copeland, 51, and his 11-year-old son Brodie were from Lakeway, Texas, and were on vacation in the area.

“We are heartbroken and in shock over the loss of Brodie Copeland, an amazing son and brother who lit up our lives, and Sean Copeland, a wonderful husband and father,” the family said in a statement on Friday. “They are so loved.”

Sean Copeland was married to Brodie’s mother, Kim. He has two children from a previous marriage—Maegan, 29, and Austin, 22. All five were on a trip to Spain and France, which was partially a birthday celebration for Austin and Kim, who turns 40 on Monday.

Read more: Here Is What We Know About Victims of the Nice Attack

“This is an extremely difficult time for my family,” Haley Copeland said on Facebook, identifying herself as Sean Copeland’s niece and Brodie’s cousin. “Losing a loved one is hard no matter the circumstances but losing a loved one in such a tragic and unexpected way is unbearable.”

Two of Sean Copeland’s brothers are scheduled to travel to Nice with State Department officials on Friday or Saturday to bring the family home, a family spokeswoman said.

The victims of the attack also included two Moroccans, two Armenians and one person each from Russia, Switzerland and Ukraine, according to the Associated Press. More than 10 children were among the dead, the AP reported, citing Christian Estrosi, the regional president in Nice.

Read more: How to Help the Victims of the Nice Attack

“Brodie’s nickname was Copeland Crush,” said Jonathan Paiz, who was Brodie’s baseball coach for two years. “When he came up to bat, the kids would yell it. And they would just cheer him on because they loved him, and I’ll never forget that kind of excitement he brought to those kids.”

Paiz, who started a GoFundMe page to help the Copeland family, called them “some of the best people you’ll ever meet.”

Reached by phone on Friday morning, Paiz was traveling with one of Brodie’s young teammates.

“His parents are going to have to tell him,” Paiz said. “He doesn’t know yet.” 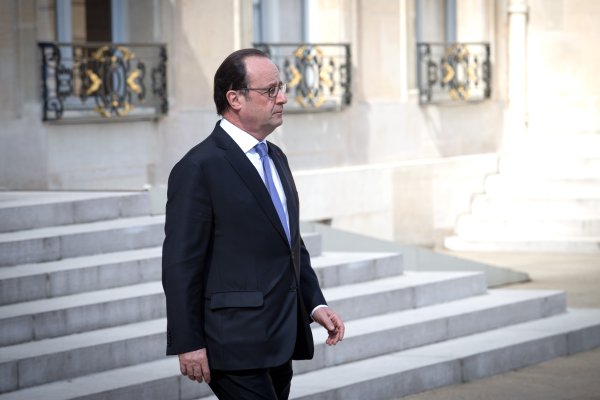 Hollande Says 50 'Between Life and Death' in Nice
Next Up: Editor's Pick