French police secure the area as the investigation continues at the scene near the truck that ran into a crowd at high speed, killing scores who were celebrating Bastille Day on July 14, on the Promenade des Anglais in Nice, France, on July 15, 2016.
Eric Gaillard—Reuters
By Tessa Berenson

ISIS had urged its followers to use vehicles as weapons in lone wolf attacks before the deadly attack in Nice that claimed 84 lives, it emerged Friday — and one expert says the truck attack represents an “evolution” in how terrorists target civilians.

Rukmini Callimachi, a New York Times correspondent focusing on al-Qaeda and ISIS posted a screenshot on her Twitter account of ISIS’ Cyber Caliphate channel instructing “individual wolves” to use cars for ‘remming’ them.

However Mohamed Lahouaiej Bouhlel, who authorities identified as the driver in the attack, has not yet been linked to ISIS or Islamist extremism, and the group has not taken responsibility for the attack.

Matthew Henman, head of IHS Jane’s Terrorism and Insurgency Centre, said the Nice attack was not the first time a car or truck has been used as a deadly weapon by terrorists; the tactic is often employed by Palestinian militants in Israel, and had previously been used in smaller events in the West. France itself has been the victim of three separate car attacks in the past three years, including two in December 2014 that injured more than 20 people.

But Henman says the scale of the Nice attack shows an evolution in the strategy. “The use of a large truck in the attack, alongside the high death toll and deliberate targeting of a large crowd at an ideologically symbolic event represents an evolution in the use of the tactic and potentially indicates a higher level of operational planning,” he said in a release.

He also said France and other countries may see more truck attacks in the near future: “The high-impact/low-capability nature of the attack raises the risk of the repeated use of the tactic in France and allied countries in the coming months, as well as copycat attacks in the following days,” he said. 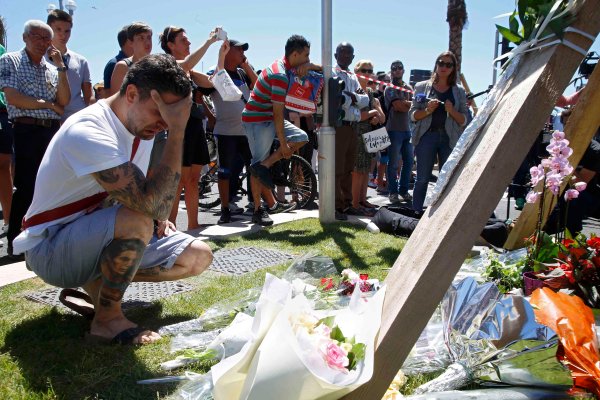 Here Is What We Know About Victims of the Nice Attack
Next Up: Editor's Pick