Pokemon GO game on a smartphone, in Berlin, on July 14, 2016.
Thomas Trutschel—Getty Images
By Mahita Gajanan

Two men were rescued after falling more than 40 feet from an ocean bluff while playing the gaming hit Pokémon Go in San Diego.

The men, both in their early 20s, fell off the cliff after crossing into a fenced-off area in an attempt to catch digital monsters while playing the game, the Los Angeles Times reported. Firefighters rescued the men on Wednesday, and took them to trauma centers in the area. They suffered moderate injuries.

“I think people just need to realize this is a game,” Sgt. Rich Eaton of the San Diego County Sheriff’s Department told the Los Angeles Times. “It’s not worth your life. No game is worth your life.”

Further north in California, an Anaheim man in his late 20s was stabbed several times while playing the game early Wednesday morning in a park, according to the Los Angeles Times. He was taken to an area hospital and reported to be in fair conditions. 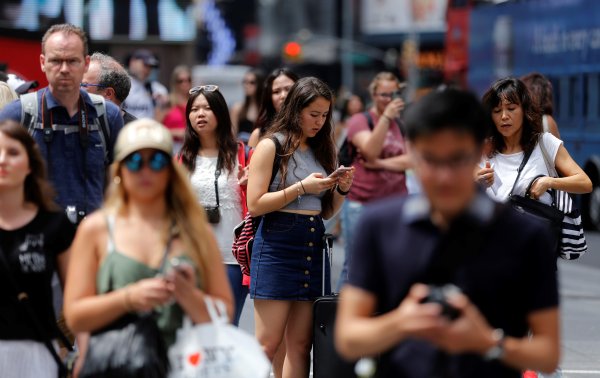