Why Activists Are Unhappy With New GMO Labeling Legislation

The U.S. House of Representatives easily approved legislation Wednesday requiring labels on genetically modified food over objections from anti-GMO groups that say the rules should be stronger.

The legislation already passed the Senate and the White House indicated to Bloomberg that President Obama would sign the bill into law, noting that scientists have found genetically modified food to be safe. Despite the controversy over the labeling standard, study after study has shown that GMOs pose no risk to human health, though they have other issues.

The legislation gives food sellers three labeling options to show that a product has been modified—text, a symbol or an electronic link in the form of a QR code. Some consumer protection groups say that symbols and links may confuse some shoppers and complained about provisions in the law that will override stronger state legislation. A patchwork of laws in several states had begun to emerge with different labeling requirements.

“It is a non-labeling bill disguised as a labeling bill,” said Andrew Kimbrell, executive director of the Center for Food Safety, “a sham and a legislative embarrassment.”

A diverse array of industry groups and companies including Wal-Mart and Monsanto celebrate the legislation. Inconsistent state policies had hampered their business, companies said. The most stringent standard took effect in Vermont earlier this month. Some companies, including Campbell Soup and Kellogg, changed their label to comply. Coca-Cola said it would remove some of its products from the state because of the requirement. 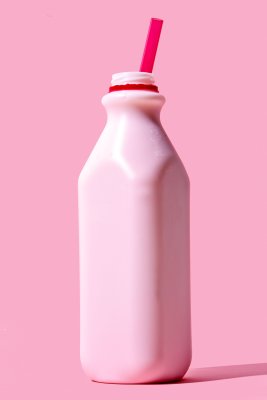 How Super-Thick Smoothies May Help You Lose Weight
Next Up: Editor's Pick