British Foreign Secretary Boris Johnson Had Mistakes in His Book

When new British Foreign Secretary Boris Johnson was Mayor of London, he wrote a book boasting about the city’s charms and history, called Johnson’s Life of London. With a little bit of fact checking, TIME was able to uncover a few instances in which the book was not completely accurate about that city’s achievements and ask the author about them. As you can see from the video below, apart from a view furtive looks to camera, Johnson was unrepentant.

During the interview, which was filmed just before the London Olympics in 2012, Johnson also talked about giving speeches under the influence of painkillers, his admiration for how much the Americans love the British Queen, how he wished Brits would deal better with failing at things and why London was a superior metropolis to New York City, where he was born. (Side note: He mistakenly suggested that the 16th century reformation leader Huldrych Zwingli was from Geneva, when in fact he’s mostly associated with Zurich. Cue the Swiss outrage!)

In the print version of the interview, which ran on the 10 Questions page, Johnson was asked what advice he would give to the mayors of towns that were still struggling with the results of the recession. “My hero is the mayor in Jaws,” he said. “He’s a fantastic guy, and he keeps the beaches open, if you remember, even after it’s demonstrated that his constituents have been eaten by this killer fish. Of course he was proved catastrophically wrong in his judgment, but his instincts were right.” 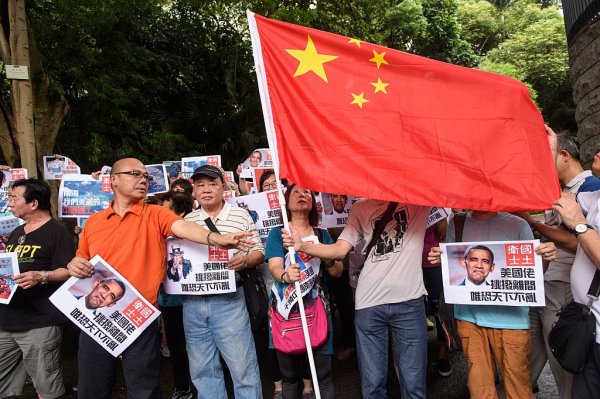 These 5 Facts Explain China's Coming Challenges
Next Up: Editor's Pick