A New Jersey woman was arrested over more than $16,000 in unpaid tolls and fees.

At 5:30 a.m. on Wednesday, police attempted to stop Denise Simien, a 55-year-old woman from Verona, New Jersey, near the Holland Tunnel, which has a $15 toll. Simien skipped the tunnel’s toll fares more than 500 times, NJ.com reports.

Instead of stopping for police, Simien passed through another toll without paying. But an officer stopped her on the other side. Simien was charged with theft of serves and obstruction of justice. She is due back in court on Tuesday.

Simien is not the only person recently charged in New Jersey for habitually skipping tolls. Willie Reyes, 34, was arrested at the Holland Tunnel on July 7, and owed $37,000 in unpaid tolls in fees. Spidron Fragoulias, 45, was arrested on July 8 owed more than $78,000 in tolls and fees on multiple accounts, according to NJ.com. 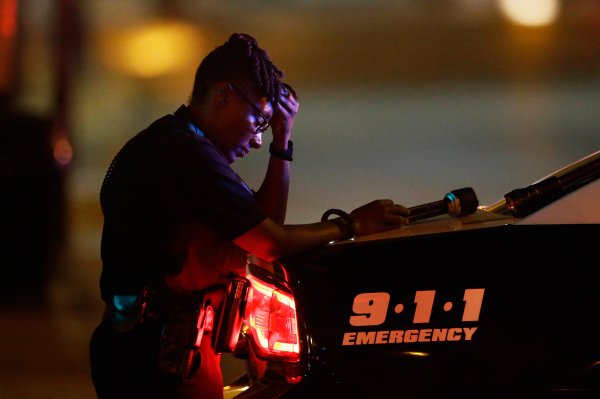 There Is a Simple Solution to America’s Policing Problem: More Female Cops
Next Up: Editor's Pick