A New Jersey woman who is deaf is suing Taco Bell after allegedly being discriminated against at two locations.

On Wednesday, attorneys for Gina Cirrincione filed the lawsuit in the United States District Court of New Jersey, Eater reports.

Both times, Cirrincione tried to purchase food from a Taco Bell drive-thru by writing down her order and giving it to the employee at the window.

Cirrincione said she was “berated” by a manager before receiving her food at a Taco Bell in Pleasantville, New Jersey on Jan. 11. The manager told her she would not be served in the future unless she parked and entered the store because her use of the drive-thru interfered with “the desired flow of business.”

On March 15, she went to a drive-thru in Atlantic City, New Jersey but she was refused service without communication from any employees.

“Plaintiff learned not only that Taco Bell restaurants are inaccessible to deaf individuals, but that Taco Bell employees and managers are inadequately trained and improperly informed about the communication rights and needs of deaf people,” the lawsuit says.

“Our client has brought this case not only to address the harm caused to her, but to ensure that Taco Bell and its franchisees have proper policies in place and train its staff on how to accept simple orders from deaf individuals,” Attorneys Eric M Baum, Andrew Rozynski and Deaf Liaison Sheryl Eisenberg-Michalowski of the Eisenberg & Baum Law Center For The Deaf and Hard of Hearing said in a statement.

A Taco Bell spokesperson told TIME that Taco Bell has not yet been served with the lawsuit, so it cannot comment on it at this time. “However, Taco Bell has a fundamental policy to respect all of our customers and employees, and we are committed to maintaining an environment free of discrimination or harassment,” the Taco Bell spokesperson said in a statement. “We do not tolerate discrimination in any form, and we have a strong policy to provide accessible service to all of our customers and fans.” 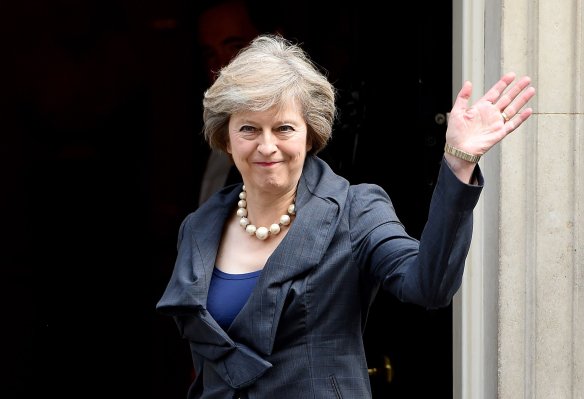 Theresa May Has 1 Brilliant Economic Idea
Next Up: Editor's Pick