Why Is the United Kingdom in Decline? Blame Sir Winston Churchill

When TIME made Winston Churchill its Man of the Year in 1940, it was maybe the magazine’s least surprising choice ever. That summer he saved his country from invasion by Germany and may be said without exaggeration to have saved freedom and civilization. By the end of the war he was hailed as “the leader of humanity,” and at least one biographer has since named him “Man of the Century.”

Today, the United ­Kingdom—let’s use the name now, since it may not be united for much ­longer—is entangled in a web of crises. After a Prime Minister’s involuntary resignation and a story of intrigue and betrayal inside the Conservative Party worthy of the worst Roman emperors, the Tories have given the country a new leader out of the blue. Meantime the Labour Party is paralyzed, with a leader almost all his MPs want to get rid of but who refuses to go.

A nation still trying to come to terms with what the Brexit vote of June 23 means now finds that Scotland could use it as an opportunity to claim independence. Another grave constitutional crisis impends, since no one seems to know whether triggering the mysterious Article 50 to begin formal departure from the European Union can be done by executive act or requires a parliamentary vote. If it’s the latter, then what are MPs to do, since around 3 in 4 of them are opposed to Brexit? If that weren’t enough to deal with, Britain was presented on July 6 with the Chilcot report, which damns with understated ferocity the way in which then Prime Minister Tony Blair took the country to war with Iraq.

Over all of this looms Churchill’s vast, dark shadow. We seem unable to escape from him even now, more than 50 years after his death. He hangs over both Iraq and Brexit and, since those are such important factors in the battles inside the Conservative and Labour parties, over those feuds as well.

During the debate on whether or not to leave the E.U., Churchill’s more Delphic utterances were regularly tossed about. He was regularly cited as a great oracle by both the Leave side and its opponents. A pro-Remain letter in the London Times began memorably, “As descendants of Marlborough, Wellington and Churchill, we feel strongly that the country cannot escape the lessons of history, that Europe succumbs to division when Britain turns its back on our continent,” and was signed by the present Duke of Wellington and Sir Nicholas Soames, an MP and Churchill’s grandson.

Even that couldn’t match the endless trumpeting of Churchill’s name heard on both sides of the Atlantic as we approached the doomed and disastrous adventure in Iraq (a country which, as it happens, Churchill played a central role in creating in 1921). As Jean Edward Smith says in his harshly critical new biography Bush, Churchill was “a secular deity” in the White House of President George W. Bush, who liked to say he “loved Churchill’s stand on principle” and claimed the wartime leader acted “in a way that seemed liked a Texan to me.” The late Sir Martin Gilbert, Churchill’s official biographer, rashly predicted in 2004 that Bush and Blair would, “with the passage of time and the opening of the archives, join the ranks of Roosevelt and Churchill.”

Well, the archives have been opened by Sir John Chilcot and his inquiry, and what we see is an excruciating parody, not to say a travesty. Two decidedly lesser men thought they could ape greater men, but they got it all wrong. Again and again, a sub-Churchillian Blair desperately voiced his loyalty to Bush—“I will be with you, ­whatever”—in a way that Churchill would never have addressed Franklin Roosevelt. Indeed, by the last year of their war, Churchill bitterly resented finding himself a supplicant for American favor and largesse, or being made to “sit up and beg like Fala,” FDR’s pet dog. Bush also had a Scottish terrier, and Blair felt no such qualms at begging like Barney.

In order to disguise this humiliation, Churchill resorted to a pretense. As the military historian and journalist Max Hastings recently said, “the notion of a ‘special relationship’ was invented for reasons of political expediency by Winston Churchill, who then became the first of many Prime Ministers to discover it to be a myth.” But not the last. That “special relationship” found a kind of apotheosis under Blair and Bush and met its grim nemesis in the sands of Iraq.

Although Churchill may have saved his country at a critical juncture in history, his recent influence has been dubious and often calamitous. It’s high time we thanked Churchill one last time, and moved on.

Wheatcroft is a journalist and author of Yo, Blair! 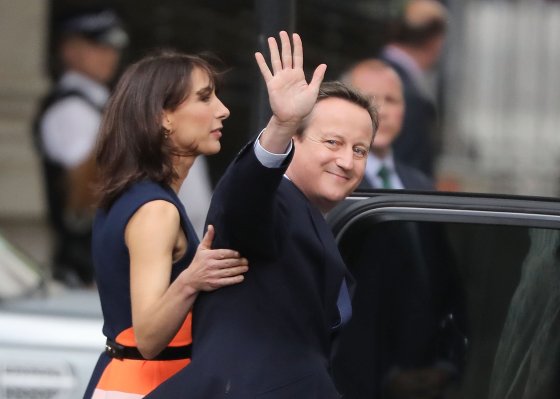 David Cameron Will Be Remembered for More Than Just Brexit
Next Up: Editor's Pick