In a new interview featured in TIME’s latest issue, presumptive Republican nominee Donald Trump discussed his oft-criticized temperament, the reasons behind his swift political rise and the historical events that have stuck with him most.

Here are six of his most interesting and revealing comments from Trump’s interview with Jon Meacham:

“Off the cuff,” Trump said, describing how he had previously responded to a question from CNN’s Wolf Blitzer about his position on NATO. “I’m an intuitive person. I didn’t read books on NATO—you do—and yet I was asked the question.”

On the value of talent over experience:
“I’ve always rated experience far less than capability,” he said. “When people ask me would you rather have experience or talent, I’ll take talent every time. That’s not to knock experience, and I think I have both.”

On what he’s learned from golf:
“It’s like, why is it that Jack Nicklaus won so many golf tournaments? Right? Why is it that Babe Ruth could hit more home runs than all the teams in the American League? Right? They said to him, ‘Babe, how do you hit the long ball?’ And he said, ‘I don’t know, man, I just swing at it.’ Which is sort of cool,” Trump said, before mentioning young golfer Lydia Ko.

“On the Golf Channel, they said to her, ‘When you bring the club up, how do you bring it down? What’s your thought?’ She said, ‘I don’t know. I don’t really have a thought.’ It’s just something special.”

Read more: I’ve Photographed Donald Trump More Than Anyone Else

On the Civil War and why the South lost:
“I’ll tell you what does stick with me: the Civil War. Lee and Lincoln and Davis. These are unbelievable historical figures. I think that anything having to do with the Civil War has always been very interesting to me, much more so than even the founding of the country.”

“I think they could have settled without going to war,” he said. “I always felt that the South overplayed their hand.”

On his temperament:
“I’m a very stable person,” he said. “I’m so stable you wouldn’t believe it.”

“We need a strong tone and a compassionate tone, and I can do both, plus what’s up here,” he added, pointing to his temple. 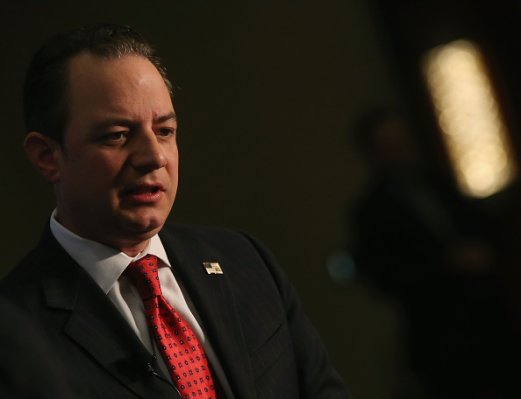 Republican Chair Uses Secret Meeting to Head Off Revolt
Next Up: Editor's Pick