When hardware hacker Paweł Zadrożniak fired up his Floppotron—an electronic orchestra comprised of 64 floppy drives, eight hard drives, two scanners and a bunch of other techie stuff— what did he want it to play? The Game of Thrones theme song of course.

The sophisticated yet retro machine works by transforming the motors in the electronic devices into music makers. “Every device with an electric motor is able to generate a sound,” he explains on his website. “The sound generated by a motor depends on driving speed. The higher the frequency, the greater the pitch.” The result is a surprisingly haunting rendition of the show’s main theme, which immediately whisks you back to Westeros and eager for the next season to begin.

If you prefer to leave the Game of Thrones theme to its creator, Ramin Djawadi, the Floppotron can play Nirvana’s “Smells Like Teen Spirit”, Star Wars “The Imperial March” and (why not?) the Hawaii Five-O theme song, too. Listen here. 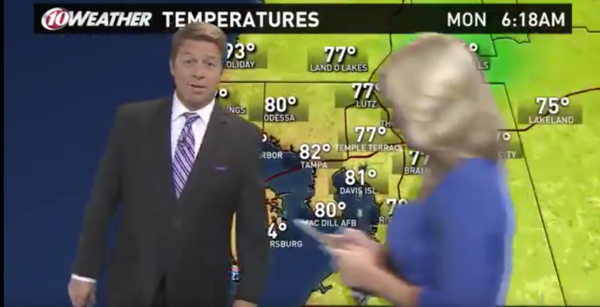 Watch a Pokémon Go Player Walk Right Through a TV Weather Report
Next Up: Editor's Pick