The roar of the crowd. So all-enveloping and tympanum-shredding that it seems to have a life of its own. For 50 years, Neil Young has been regularly drenched by the sound, come to perceive its bestial essence. Which is perhaps why the 70-year-old rock icon detects unexpected overtones in the din. “I hear seagulls, I hear ocean waves–I hear all kinds of things in the sound of applause,” he tells TIME. “It sounds like a natural thing, like a flock of geese flying by. It’s the same thing: a bunch of us making noise because we like something, like feeding time at the barnyard.”

Now Young offers the chance to hear what he hears on the semi-live album Earth, featuring 13 songs–from 1970’s “After the Gold Rush” to last year’s “Seed Justice”–that reflect his increasingly anxious view of our impact on the planet. It’s one of the most unusual recordings of his long career, eliciting comparisons to the ’80s releases in which he flirted with electronic music, rockabilly and R&B.

Earth’s basic tracks were drawn from a typically muscular series of concerts, in which a still vital and full-voiced Young was backed by a band including Willie Nelson’s sons Lukas and Micah. But once the recordings arrived at a studio near Young’s beloved Zuma Beach in Malibu, Calif., he told longtime producer John Hanlon that they were “going to throw out every rule” about live albums. So the animals that Young discovers in the sound of applause? They have been made concrete, as strains of wolves, coyotes, bees, whales, birds and elk (and also cars and machines) weave in and out of both the crowd and the music. At first their chatter provokes a smirk, but just a few songs in, they begin to resonate sympathetically.

If you have doubts, you’re not alone. “John Hanlon–he’s used to me. But even he had to adjust,” Young says. “I remember getting a call in the middle of the night. He’s saying, ‘The bear’s too loud. It’s louder than the band! It’s making the band sound small.’ So I’m like, ‘Well, what if the band is far away and the bear is close?’ It’s not like a normal record.”

Nor is this a normal conversation, because Young is typically loath to do interviews. He jokes that he’s a “drone” who’s been “coerced by management,” but he also feels compelled to talk because he’s incensed by environmental damage caused by what he sees as a combination of corporate greed and political inaction. Yet the equally important bulletin is that he continues to risk ridicule on behalf of his vision. Nearly 34 years after the electronically filtered Trans was widely mocked, that album now sounds like Daft Punk, if Daft Punk acquired the ability to write gorgeous (and not just catchy) melodies. Borrowing Austin’s hometown slogan, I suggest we Keep Neil Young Weird. 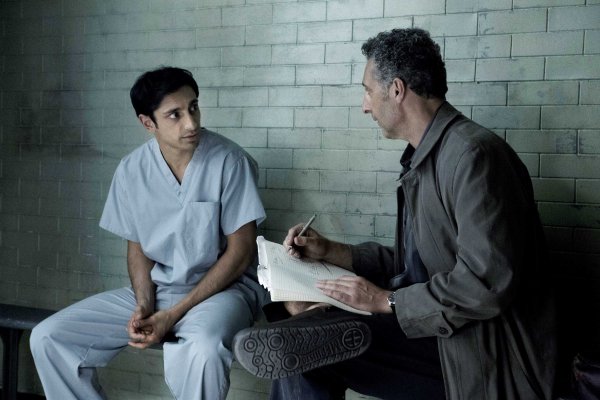 A New Night Of Crime and Injustice on HBO
Next Up: Editor's Pick