If this color seems familiar, look again. It’s a never-before-seen shade of blue, accidentally discovered by researchers at Oregon State University who were testing compounds for uses in electronics. In the heat of their furnace, one mixture turned from dark brown to a vivid hue of blue–which, it turns out, was an entirely new pigment. “I thought, Wow,” recalls Mas Subramanian, the professor who led the OSU research team. The researchers named the pigment YInMn Blue after its three elements: Yttrium (Y), Indium (In) and Manganese (Mn). But there’s more to it than good looks: the mixture absorbs UV light and resists high temperatures, making it a promising color option for cooling roofs. YInMn is expected to be commercially available before 2017 (for now, printed photos can’t fully reproduce the hue). Subramanian says he hopes it will eventually be used to make “a painting in a museum.”

Correction: This article has been updated with the correct spelling of Mas Subramanian. 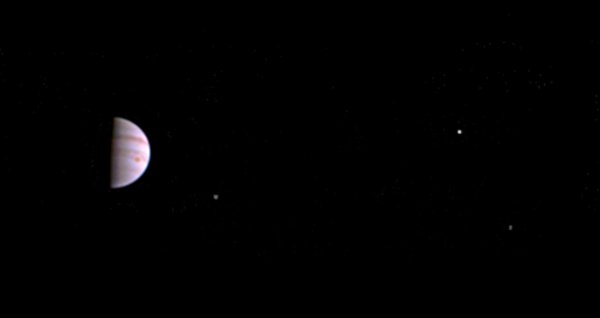 First In-Orbit Photo of Jupiter From Juno Released
Next Up: Editor's Pick