Hong Kong's Anti-Graft Agency Is in Turmoil, Prompting Fears for the City's Transparency

The logo of the Independent Commission Against Corruption (ICAC) is seen outside its headquarters in Hong Kong on March 30, 2012
Tyrone Siu—Reuters
By Rishi Iyengar / Hong Kong

Since its inception 42 years ago, Hong Kong’s Independent Commission Against Corruption (ICAC) has come to be held up as a model for antigraft agencies around the world. It has been praised and emulated by authorities in several countries, and is credited by many with catalyzing the semiautonomous Chinese territory’s evolution into a global financial hub.

Now, the commission is in the middle of an unprecedented mutiny.

The past week has seen not only the ouster of the ICAC’s head of operations, a veteran investigator named Rebecca Li, and the subsequent resignation of principal investigator Dale Ko, but also saw the agency forced to postpone its annual staff dinner after a majority of the employees boycotted it in protest, the South China Morning Post reported.

Li was in the middle of an investigation into Hong Kong’s top official, Chief Executive Leung Chun-ying, who was accused two years ago of possessing over $6 million in undeclared assets from an Australian firm. Leung vigorously denies committing improprieties. In a statement issued at the time, his office said there was no legal requirement for Leung to declare the assets, since they related to the period before he took office.

Leung also insisted on Tuesday that he had played absolutely no role in Li’s termination but only found out about it after the fact. Nonetheless, her removal and the internal unrest that have followed indicate serious problems at the agency.

The ICAC’s current head, commissioner Simon Peh, said in a statement that Li had “not met the criteria” for the “needs of the position” and made references to an internal meeting, in which Li was told that she had underperformed during her yearlong tenure. He also corroborated Leung’s assertion that the chief executive had no involvement in the decision.

“When you have this kind of opaque dismissal of a key official in the anticorruption body, then people are going to wonder what’s going on,” Michael Davis, a professor of law at the University of Hong Kong, tells TIME.

The shake-up comes just weeks after the ICAC leveled misappropriation charges against outspoken pro-democracy lawmaker Leung Kwok-hung, nicknamed Long Hair, in what many say is a sign of increasing interference in the independent body not only by the Hong Kong government but also by China, which is supposed to grant a high degree of autonomy to the former British colony.

“There are worries in the public that the ICAC has been used as a political weapon by the Leung administration and perhaps also by [China’s] Central Liaison Office against opposition, particularly people who are considered to be not friendly towards China,” says Willy Lam, a professor of Chinese politics at the Chinese University of Hong Kong.

With many of the commission’s employees now in open revolt, Lam says its reputation has already taken a significant hit. Experts say failure to adequately address the issue could potentially lead to a drastic loss of confidence in the city.

“There’s a sense now that there’s increased corruption in Hong Kong, that I think people associate with mainland [Chinese] interference,” says Davis, adding that a more “proactive effort” is required to tackle the issue. 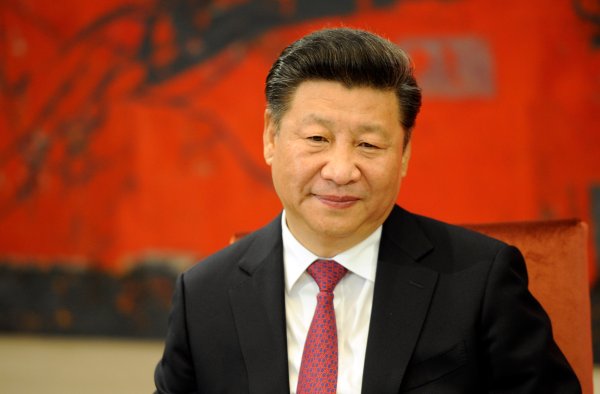 Anxiety on China
Next Up: Editor's Pick