Jose Manuel Durao Barroso, former President of the European Commission, speaks at a press conference, after he received the title of Doctor Honoris Causa from The West University of Timisoara on January 29, 2016 in Timisoara, Romania.
Ciprian Hord—Everyday Projects/Getty Images
By Rishi Iyengar

The former head of the European Commission has invoked the ire of the French government for his decision to join Goldman Sachs, with several ministers saying it violates the spirit, if not the letter, of the EU’s rules on conflict of interest.

Jose Manuel Barroso is being urged by France to back out of a job advising the U.S. banking giant on Britain’s decision to leave the EU, the BBC reports.

Although Barroso, a former Portugese Prime Minister, is joining Goldman Sachs 20 months after stepping down (the minimum waiting period for ex-commissioners to take up new roles is 18 months), his move has been slammed as “scandalous”, “shameful” and ill-timed for coming so close on the heels of Brexit.

“It’s a mistake on the part of Mr Barroso and the worst disservice that a former Commission president could do to the European project at a moment in history when it needs to be supported and strengthened,” Harlem Desir, France’s Europe Minister, told the country’s parliament, according to the BBC.

“If you have loved Europe, you shouldn’t do this to it, especially not now,” French Finance Minister Michel Sapin added. “But this doesn’t surprise me from Mr. Barroso.” 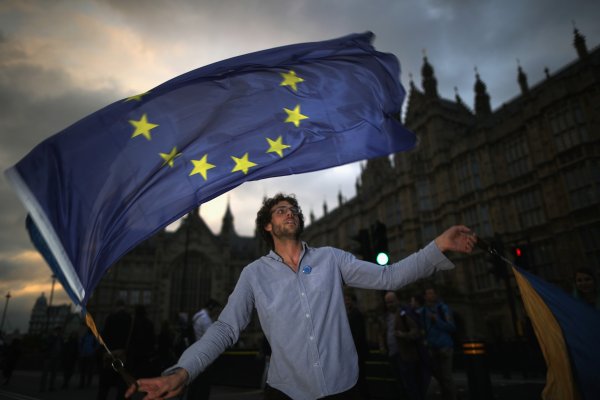