As the U.S. grapples with a renewed debate over race and policing after the events of the past two weeks, South Carolina Senator Tim Scott has cited his own encounters with the police to throw light on the relationship between black people and law enforcement in the country.

In a candid speech on the Senate floor Wednesday, Scott described several instances where he felt he was targeted specifically for his race, Politico reports.

The most recent instance, he said, was last year during a stop by a Capitol Police officer who seemed to imply that he was impersonating a Senator. “The pin, I know,” Scott recounted him saying, referring to Scott’s senatorial lapel pin. “You, I don’t.”

Over the course of a year in office, the 50-year-old Republican Senator says he was stopped seven times, the “vast majority” of which were for “nothing more than driving a new car in the wrong neighborhood or some other reason just as trivial.” He also detailed the similar experiences of his brother, a sergeant major in the U.S. army, and one of his former staffers.

Scott’s remarks come during a tumultuous time for U.S. race relations, after the recent separate shootings of two black men — Alton Sterling and Philando Castile — by police officers was followed by an attack on a protest march in Dallas where five policemen were targeted and killed.

“I have felt the anger, the frustration, the sadness and the humiliation that comes with feeling like you’re being targeted for nothing more than being just yourself,” Scott said, according to Politico. “Recognize that just because you do not feel the pain, the anguish of another, does not mean it does not exist.” 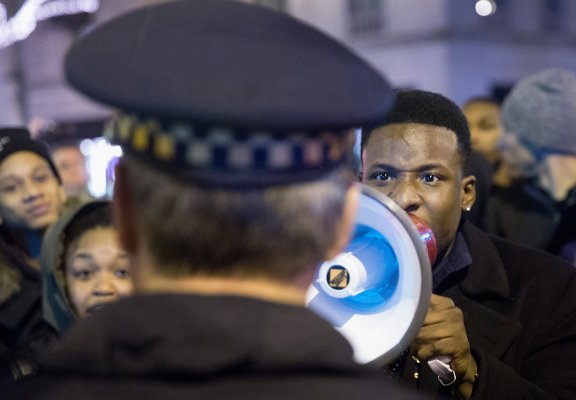 Americans Think Race Relations Are at Their Worst Point in Years, Poll Finds
Next Up: Editor's Pick