Hillary Clinton’s campaign is releasing a new, minute-long commercial that shows children watching some of Republican rival Donald Trump’s most inflammatory remarks. The not-so-subtle message is that he’s a lousy role model for kids and a bad representation of America.

The ads, part of a roughly $8 million per week buy in eight states, were scheduled to start on Thursday and come under a broader $140 million broadcast advertising budget that will not stop until Election Day in November. The ads are also part of a dramatically lopsided media landscape; Trump has no ad time reserved and is banking on non-stop cable coverage to counter Clinton’s messaging.

Clinton’s team is trying to turn Trump’s bombast, which makes his rallies into must-broadcast events, against him. “You can tell them to go (bleep) themselves,” Trump says in the Clinton ad, as children watch aghast. “I could stand in the middle of Fifth Avenue and shoot somebody and I wouldn’t lose any voters, OK?” he says in another clip. The footage also includes his references to Fox News’ Megyn Kelly’s anatomy, mockery of a New York Times reporter’s disability and calls for violence at his rallies.

“Our children are watching,” the ad tells viewers. “What example will we set for them?”

“We need to make sure that they can be proud of us,” Clinton says in a moment taken from a speech she gave in Brooklyn when she clinched her Democratic Party’s presidential nomination.

The ads will run in Florida, North Carolina, Virginia, New Hampshire, Ohio, Iowa, Colorado and Nevada. They will also be on national cable channels and online. 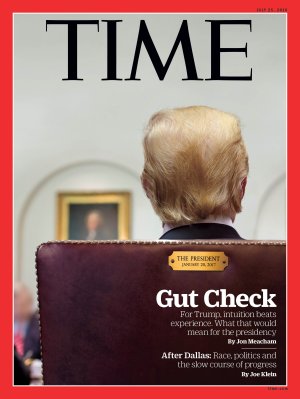