As a Gay Republican, I Cannot Defend the GOP Platform

Ideas
By James Richardson
James Richardson is a former spokesman and advisor for the Republican National Committee and Governors Haley Barbour and Jon Huntsman.

To call the astringent platform proposed this week by the Republican National Committee obtusely retrograde would be unfair to geocentrics, alchemists and phrenologists.

It supports so-called sexual conversion therapy for minors, even as every mainstream mental health and medical organization discredited the repugnant practice decades earlier.

It marks children reared in a “traditional two-parent household” as inherently superior to those reared outside the Leave It to Beaver dynamic, even as reputable science demonstrates otherwise.

The committee separately rejected a positively mild resolution designed only to encourage dialogue on the virtue of same-sex marriage, even a year after the United States Supreme Court affirmed the fundamental right of every American to wed the person of their choosing.

For a gay conservative—one who served as a spokesman for the Republican National Committee, no less—the challenge of defending my party grew steeper than ever with this new platform. It would be easier to defend the belief that earth is the center of the universe than some of the nonsense installed as official party dogma for the next four years.

And yet there remains cause for hope.

Couched in a historical perspective, these are genuine indications of progress. Now, they’re not dramatic indications, but they represent positive movement nonetheless: recall that homophobia was a hallmark of the party’s get-out-the-vote campaign at the turn of the century.

The hyper-partisans tasked with authoring the party’s platform are not representative of the broader party, neither politically nor demographically.

These are the type who, a decade after the release of the first iPhone, still carry two Blackberry phones—one personal, one professional. They’re the type to set their browser to open to conservative Drudge Report. They’re the type to casually reference political journalists Mike Allen and Nate Silver in ordinary dinner conversation.

Normal Americans don’t believe an innocent child should be emotionally tortured until they renounce something they lack the power to change.

Normal Americans don’t believe an adult should categorically be denied access to a right that the nation’s highest court has ruled now 15 times is fundamental to the pursuit of happiness.

Normal Americans don’t agree with this platform: support for the freedom to marry, even among self-described Republicans, is at its highest point in history—61% as of May, according to Gallup—and the historical trend suggests that margin will only increase.

The report, meticulously telegraphed by a bruised party leadership to demonstrate lessons learned and an awareness of shifting political tides, delivered predictable results: don’t be so white, don’t be so old, don’t be so straight. Specifically it appraised the generational divide on social issues that sometimes serves as a barricade to millennial and minority engagement.

Not only does this platform flout the autopsy’s recommendation to adjust how the party manages cultural wedges, but it also expressly denies the diversity of opinion on gay issues within the party.

But the secret’s out thanks to this episode: there are gay Republicans, and there are straight Republicans who, like the Supreme Court, believe gay men and women should be afforded the full rights and burdens of citizenship like all other Americans. 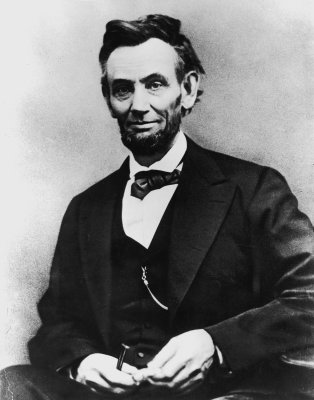 Read the Abraham Lincoln Speech Mentioned by Hillary Clinton in Illinois
Next Up: Editor's Pick