Hillary Clinton Is in a Tight Race With Donald Trump in Swing States, New Polls Show

Hillary Clinton is in a tight race with Donald Trump in several key swing states, according to the latest poll data.

Nationally, Clinton still maintains a moderate lead over the presumptive Republican nominee according to the Real Clear Politics polling average, with one recent survey putting her ahead by as many as 11 points.

When it comes to the swing states, however, polling released Wednesday shows that two candidates appear to be neck and neck, according to a Wall Street Journal/NBC/Marist poll.

In Ohio, Clinton and Trump are tied at 39% support and Clinton leads the billionaire 42% to 39% in Iowa, according to the survey—which was conducted from July 5-10, just after an FBI report about Clinton’s use of a private email server during her time as Secretary of State and had a margin of error of 3.4 points. Clinton holds a 9-point lead in Pennsylvania, with 45% support compared to Trump’s 36% support.

Another survey released Wednesday shows Trump headed into next week’s Republican National Convention on a roll in the swing states, with the billionaire leading Clinton in Pennsylvania (43% to 41%), winning Florida (42% to 39%) and in a dead heat in Ohio (41% to 41%), according to Quinnipiac University. Each Quinnipiac state survey had a margin of error of about plus or minus three percentage points.

State polling averages compiled by Real Clear Politics appear to confirm that the race is indeed tight in swing states. According to RCP, Florida (Trump 44.2% to Clinton 44%), Ohio (Clinton 43.3% to Trump 42%) and Pennsylvania (Clinton 45.5% to Trump 42.3%) are nearly evenly divided between the two candidates. 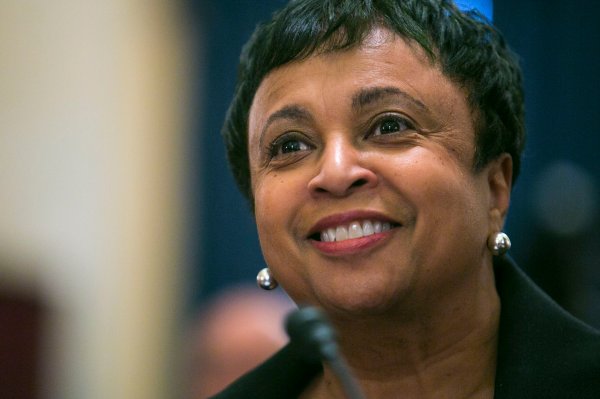 The First Woman and African American Librarian of Congress Was Just Confirmed
Next Up: Editor's Pick