I’ve Photographed Donald Trump More Than Anyone Else

“I wouldn’t be surprised if he ran for president,” Harry Benson remembering thinking of Donald Trump back in 2013. “The photographers who cover the White House, those photographers, they would be happy—they would get tons of good photo ops.”

Benson, the legendary Scottish photographer made his name traveling with The Beatles on their inaugural American tour in 1964, has since turned his lens on every President starting with Dwight Eisenhower. He’s also spent nearly 40 years chronicling Donald Trump, the presumptive Republican nominee.

Most recently Benson and Trump were reunited on a photo shoot for TIME’s July 25 issue. When Trump walked into the room the first thing Benson mentioned was that the photographer thought he might run for president someday.

Benson’s typical advice for his subject on any shoot is “Do what you want.” And in Benson’s photographs, Trump always did. “Letting them be themselves,” says Benson, “that makes them feel comfortable.”

On their own, Benson’s pictures show a camera-ready mogul surrounded by his favorite things: his buildings, limos and helicopters, his wives and even a million dollars in cash. Seen together, this is an album of Trump’s one-of-a-kind rise.

“He’ll tell you afterwards,” Benson said, “‘That was a good picture,’ and give you a thumbs-up.”

Harry Benson is an award winning photographer known for chronicling the worlds most well known figures. This Fall the documentary Harry Benson: Shoot First will be released by Magnolia Pictures. You can see more of his work here. 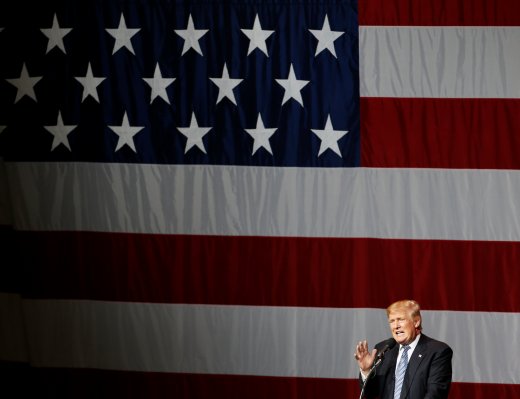 Trump to Name Vice President on Friday
Next Up: Editor's Pick