President of France Francois Hollande during a press conference on June 27, 2016 in Berlin, Germany.
Florian Gaertner—Photothek/Getty Images
By Sarah Begley

French President François Hollande‘s constituents were surprised to learn this week that his hairdresser makes nearly €10,000 (or almost $11,000) per month, plus a “housing allowance” and “family benefits,” according to French news reports.

Government spokesperson Stephane Le Foll confirmed the salary and said he “can understand that there are judgments,” but pointed out that the stylist—identified only as Olivier B.—had to “abandon his salon” to serve the president, and often travels with Hollande on foreign trips, the Guardian reports. The paper that originally reported on the salary, Le Canard Enchaîné, added that he had even missed the births of his children.

“Everyone has their hair done, don’t they?” asked Le Foll.

Government officials tried to play down the scandal, which has been dubbed “Coiffeurgate,” by pointing out that the Elysée’s budget saw steep cuts under Hollande, whose predecessor Nicolas Sarkozy had a reputation for profligate spending. 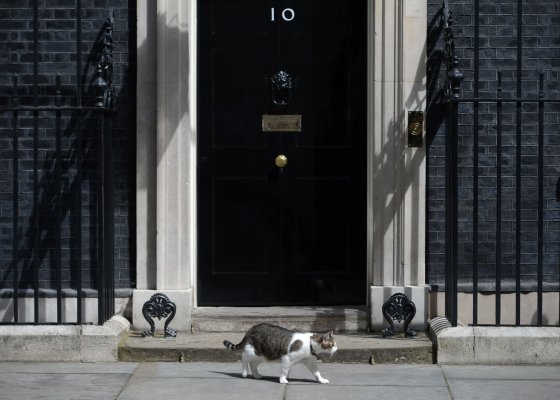 The Real Star of David Cameron's Last Day Is Larry the Cat
Next Up: Editor's Pick