Melissa McCarthy is coming out in support of Jennifer Aniston after the actress spoke out about body shaming in Hollywood.

After Aniston addressed ongoing pregnancy rumors in a scathing essay titled “For the Record,” McCarthy has called for society to “stop tearing down women.”

“Everybody needs to stop tearing down women,” the Ghostbusters star told Entertainment Tonight. “It’s always about the way we look – saying, ‘He’s very interesting,’ ‘He’s a good writer,’ ‘She’s looking older than she was the last time we saw her.’ ”

McCarthy, 45, added that she’s “one hundred thousand billion percent” with Aniston’s call for a change in the way women are judged in Hollywood based on the way they look.

“It’s a ridiculous thing,” she said. “I just hope it gets to the point where it’s embarrassing for people to have such a shallow thought.”

But even McCarthy is the first to admit that it can be hard to resist self-scrutinizing, especially when one is constantly photographed or seen on screen. 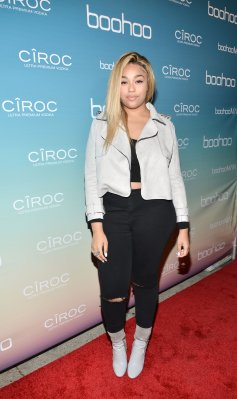 Jordyn Woods Uses Instagram as Her Body-Positive Platform
Next Up: Editor's Pick