After the shootings of Alton Sterling and Philando Castile, Christina Xu, 28, felt frustrated about what she sees as a widespread lack of empathy from many people in the Asian-American community. One week ago, she decided she wanted to write an open letter persuading her parents and others that anti-black racism and police brutality were issues that mattered.

She was on a train from Boston to New York when she tweeted a link to the letter she had just started, and people started jumping into the Google Doc to add their thoughts.

“The project took off really fast,” Xu said. “There was so much interest and energy around this issue from hundreds of people, most of whom I’ve never talked to before. It was magical that this idea resonated with so many people.”

Contributors wrote about why they support the Black Lives Matter movement, and many stepped up to translate. Now, the crowdsourced letter has become Letters for Black Lives, which has spread beyond the Asian-American community, as Americans of other races and people in other countries have become involved. In five days, more than 200 people contributed to the letter, which has been translated into more than 20 languages.

“It’s true that we face discrimination for being Asian in this country,” the original letter says. “…But for the most part, nobody thinks ‘dangerous criminal; when we are walking down the street. The police do not gun down our children and parents for simply existing. This is not the case for our black friends.”

Currently, Letters for Black Lives contributors are working on a set of video and audio versions to be published next Monday. It has already released an English video.

The multimedia push is meant to “make it available to more people, to people who aren’t necessarily literate or don’t choose to engage with written letters as sort of a natural thing and make it more shareable, especially from a social media angle,” said Lee-Sean Huang, 35.

Huang became involved when he saw Xu post about the letter. Having lived in New York city in the past decade, he said he has seen some divides between the African-American and Asian-American community, such as when many Asian Americans mobilized around supporting former police officer Peter Liang, who fatally shot Akai Gurley, an unarmed black man.

Hera Hussain, 26-year-old Pakistani who is based in London, translated the letter to Urdu. She said racism in the U.K., especially against black Muslims, is often not discussed. She shared the letter with her parents and friends, who helped translate and proofread the Urdu letter.

“One of the interesting conversations we had was how do we translate black into Urdu?” Hussain said. “There’s a lot of politics when it comes to the word black. The literal translation of black is almost like an insult in Pakistani. I didn’t want to use that word.”

Jaime Sunwoo, 23, plans to visit Asian-American neighborhoods in New York City with other volunteers to distribute flyers and answer questions.

“I’m trying to take this broad worldwide effort and apply it…people that only read Chinese media or Korean media or whatever their respective language and be able to hear directly from that person,” Sunwoo said.

Starting these conversations with family can be difficult, Sunwoo says, especially since they may have faced discrimination as immigrants. Sunwoo plans to give her parents a copy of the letter when she sees them in person.

“There is a language barrier when it comes to complex issues,” Sunwoo said. “That’s why it (the letter) was a huge hit within our community…Something like that letter really reinforces what I want to say in a more articulate manner.”

Xu’s parents have read the letter also. Although she said her father did not agree on all points, he was supportive.

But others have responded to the letter with criticism. Huang said one Asian American said the letter was disrespectful to elders. However, Huang said, the letter should be seen more as a resource to start conversations, rather than as a manifesto.

Letters for Black Lives maintains that it is important for the communities not to center themselves in the conversation about anti-black racism, but to serve as responsible allies and spread awareness within their own communities. They encourage people to look to Black Lives Matter for more information on the core movement.

“We want to step back a little and defer to African American activists who have been doing this work for years and decades,” Huang said. 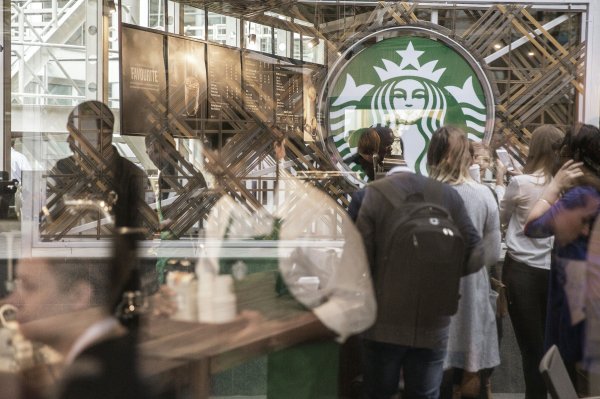 How People Are Using Starbucks to Support Black Lives Matter
Next Up: Editor's Pick