We’ve all heard it — Pokémon Go has taken over the world. The augmented reality video game, which superimposes lurid cartoon characters onto the real world as viewed through your smartphone camera, is the most downloaded free iPhone app of all time, and has sent developer Nintendo’s stock soaring to an all-time, 33-year high.

Droves of youngsters — and older folk who don’t mind looking daft in public — are scouring their real-life neighborhoods, where the game craftily hides a mélange of creatures and loot to collect. But describing Pokémon Go as a global phenomenon comes with one huge caveat — China, whose 1.3 billion people spent a world-beating $22.3 billion on video games last year, has not had Pokémon Go released in its territory.

“I have tried every method I can find to down load Pokémon Go, but nothing works and it’s driving me crazy,” posted one user of China’s Twitter-like microblog Weibo. “It is my first time to be so interested in a game, who can help me?”

“What is loneliness?” chin-strokes another. “I feel lonely because Pokémon Go hasn’t been released in China. Facing the empty prairie without any Pokémons, I have nothing to do but to reflect my life. Please release Pokémon Go in China, I don’t want to miss these childhood memories.”

In fact, the game has only been released in the U.S., Australia and New Zealand so far, as designer Niantic Labs wanted to be sure its servers could handle the influx of players. (And in hindsight, with good cause.) But Chinese gamers are nothing but resourceful, and have adopted myriad means to gate-crash the Pokémon Go party.

The first enterprising gamers thought that by changing the region setting on their smartphone, or purchasing Apple IDs registered in the official release nations, that they could skirt the geographical restriction. This works to a degree, except that upon entering the virtual world the games GPS parameters kick in, and the gamers are bereft of any Pokémon characters to catch.

However, some websites are cashing in by flogging Chinese customers illicit versions of the game in which San Francisco locations are superimposed on Chinese streets, reports Quartz. Other gamers have resorted to buying hacked versions of Pokémon Go that have the geographical restrictions removed. These appeared for sale online soon after the official release, though Niantic Labs has vowed to ban anyone caught using them.

Many gamers have instead opted for Chinese versions of Pokémon Go, like City Demon Go, which has seen a huge spike in downloads on the back of Pokémon Go fever. These are similar in concept except, crucially, none are yet augmented reality. Players hunt for monsters and treasure just like in the real game, except they roam a virtual world without the need to leave their sofa, much like any standard role-playing adventure.

Of course, that may soon change, especially since Niantic Labs has said that, due to burgeoning demand, global rollout will be slower than first anticipated. Plus there are hurdles specific to China, where a local partner for release hasn’t been confirmed, and Google — the main medium by which players log in to Pokémon Go — remains banned. That will only give impetus to Chinese developers to create local simulacrums, complete with the requisite augmented reality.

Many irked Chinese gamers have even sworn off the Pokémon Go — some citing national security concerns. “Don’t play Pokémon Go which has GPS functions,” posted one Weibo user. “Americans and Japanese can detect our secret military bases.”

“On Facebook, Nintendo depicts Taiwan as a country instead of a province that belongs to China,” posted another. “Also it probably tries to gather information about Chinese military bases. So I would play another game.”

And those devious Pikachu look so cute, too.

— With reporting by Yang Siqi and Zhang Chi / Beijing 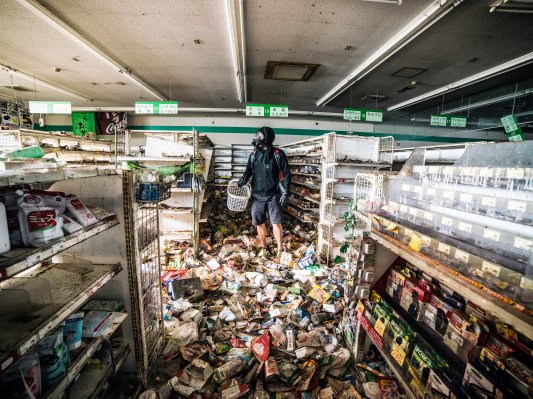 See Chilling Photos From the Fukushima Exclusion Zone
Next Up: Editor's Pick