Theresa May is set to become Britain’s new prime minister when she takes office Wednesday, after David Cameron, who has held the post since 2010, steps down in the wake of the country’s referendum vote to leave the European Union on June 23.

Cameron, who fought for the country to remain in the E.U. against the wishes of many in his party — and, as it turned out, almost 52% of voters — will pay a visit to Buckingham Palace to officially tender his resignation to Queen Elizabeth II. As his six years and 62 days as the country’s leader come to an end, Cameron, 49, reportedly plans to stay on as the member of Parliament for Witney in Oxfordshire.

Read More: Everything You Need to Know About Theresa May

The long-serving Home Secretary will follow Cameron in meeting the monarch, who will formally offer May the chance to form a government. May won the leadership of the ruling Conservative party after her final challenger, Andrea Leadsom, dropped out of the race Monday. She now commands the parliamentary majority necessary to form a government.

After accepting, May will travel the short distance from the palace to Number 10 Downing Street, the official residence of the Prime Minister. She becomes only the second woman to hold the post after the late Margaret Thatcher, who was also a Conservative. The so-called “Iron Lady” held the top job from 1979 to 1990.

Read More: Inside the Tumultuous 24 Hours Britain Got Itself a New Prime Minister

Once in office, May will start appointing lawmakers to Cabinet posts. The Guardian reports that she is likely to assign more women to key ministerial positions and will also have to ensure that Conservatives who campaigned successfully for Brexit are well represented. Like Cameron, May campaigned to remain in the E.U., but is seen as naturally Eurosceptic. She has pledged to follow through with the voters’ wish to leave the bloc, despite the market turmoil and dramatic slide of the sterling since the referendum. 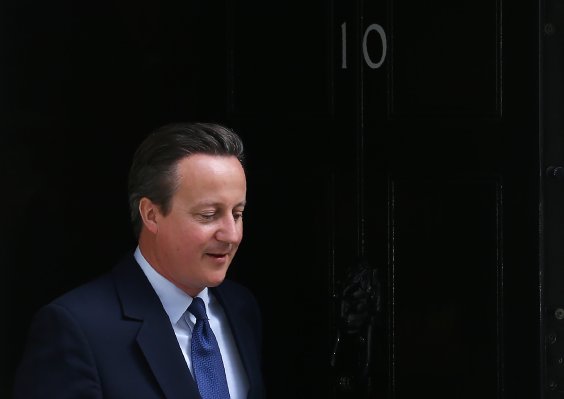 The 6 Moments That Defined David Cameron's Leadership of the British Government
Next Up: Editor's Pick