Pokémon, including this Slowpoke, can be spotted by "Pokémon Go" players around the 9/11 Memorial in New York City on July 12, 2016.
Photo by Melissa Chan
By Melissa Chan

Pokémon Go players have been flocking to the 9/11 Memorial in New York City, angering some visitors who say the sacred place that honors those who perished in the terrorist attacks should be off-limits to gamers.

There are at least four Pokéstops at the landmark — including the twin memorial pools that feature the names of every person who died in the terrorist attacks on Sept. 11, 2001. The stops, real-world locations marked on the game’s map, give players prize items like Pokéballs, which many say is inappropriate.

“To make this as a spot in a game, I think that’s wrong,” said Mickey Kennedy, 61, a native New Yorker who visited the site Tuesday. “A lot of people died here. It’s a place to reflect, not to play a game.”

“Go to the Bronx Zoo if you want to play,” the retired EMS worker added. “There are just some things you don’t do.”

A 28-year-old Pokémon Go player from New Jersey, who only identified himself as Shawn, said he was passing through the site when he decided to whip out his phone to play the game. He told TIME he regretted the decision when he realized the magnitude of the landmark.

“I picked my head up and kind of realized it’s not that great of an idea,” he said, adding that he has lost friends and relatives in the attacks. “It’s a hallowed place. Some memorials should be left alone.”

The 9/11 Memorial and Niantic, which developed the game, did not immediately return requests for comment Tuesday.

The Holocaust Museum, which is also a Pokéstop, has asked visitors not to play the game inside the building. “Playing the game is not appropriate in the museum, which is a memorial to the victims of Nazism,” Andrew Hollinger, the museum’s communications director, told The Washington Post. “We are trying to find out if we can get the museum excluded from the game.” 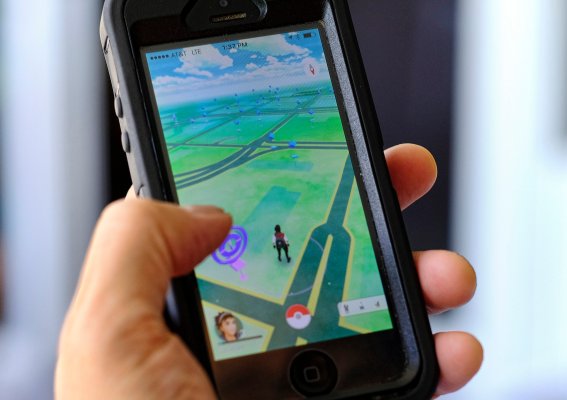 Why Pokémon Go is Such a Massive Success
Next Up: Editor's Pick