A Major Legal Fight Just Opened Up in the Hyperloop World

The co-founder of a high-profile transportation startup on July 12 filed a lawsuit against the company and several of its leaders, alleging infractions ranging from breaching their duty to shareholders to assault.

The lawsuit, filed by Hyperloop One co-founder and former Chief Technology Officer Brogan BamBrogan and three other plaintiffs, paints a picture of a firm with dysfunctional management that engaged in questionable business practices and ignored dissent from concerned employees. It comes less than two weeks after BamBrogan left Hyperloop One in what the company said at the time was a voluntary decision to step back from the firm.

A spokesperson for Hyperloop One characterized the suit as cover for the plaintiffs’ attempt to assert control of the company. “Today’s lawsuit brought by former employees of Hyperloop One is unfortunate and delusional,” the spokesperson said in a written statement. “These employees tried to stage a coup and failed. They knew that the company was aware of their actions, and today’s lawsuit is their preemptive strike. The claims are pure nonsense and will be met with a swift and potent legal response.”

In a response, the plaintiffs’ legal team called Hyperloop One’s statement “long on rhetoric and short on facts.” “The company’s spin is belied by the facts and the chronology of events, as laid out in great detail in the complaint,” reads a statement from Justin Berger of Cotchett, Pitre & McCarthy, LLP.

Hyperloop One, formerly known as Hyperloop Technologies, was founded in 2014 with the aim of building a new type of high-speed rail system popularized by SpaceX and Tesla CEO Elon Musk. (Musk is not directly involved with Hyperloop One, but he has connections with many of those who are.) It has attracted close to $100 million in funding from investors along with high-profile talent like Jim Messina, President Barack Obama’s 2012 campaign manager, who is a board member.

The suit creates a new hurdle for a company with the already difficult goal of building a futuristic rail network. If successfully completed, such a project would have dramatic consequences for the transportation and shipping industries.

The central subject of BamBrogan’s suit is Shervin Pishevar, a co-founder of the firm and its executive chairman. The plaintiffs allege that Pishevar increased the pay of an outside public relations professional with whom he had begun dating, only to reverse course after the relationship soured. The suit also claims that Pishevar “pressured” would-be Hyperloop One investors into first putting their money into Pishevar’s venture capital fund, Sherpa Capital. Sherpa Capital, which led two of Hyperloop One’s fundraising rounds, did not immediately respond to requests for comment.

According to the suit, BamBrogan and other Hyperloop One staffers laid out their concerns about Pishevar’s activity, as well as the company’s ownership structure, in a May 26 letter addressed to Pishevar as well as CEO Robert Lloyd and board member Joseph Lonsdale, both of whom are also named defendants in the suit. (Shervin and Lonsdale together control roughly 78% of the company’s shareholder voting rights, according to the suit.) Shortly after sending that letter, BamBrogan says he called a pair of Russian investors to discuss its contents. One of those investors mentioned the letter to Pishevar at a dinner on June 14. Hours later, Afshin Pishevar, Shervin Pishevar’s brother and the firm’s former legal chief, was recorded by a company security camera leaving a “hangman’s noose” on BamBrogan’s chair,” according to the suit. BamBrogan separately filed a request for a temporary restraining order against Afshin Pishevar on June 17, according to court filings.

The plaintiffs, which also include former Hyperloop executives Knut Sauer, David Pendergast and William Mulholland, are seeking punitive damages, reinstatement at the company and other measures. The trio resigned from Hyperloop One via e-mail on June 16, per the suit.

The suit was filed in the Superior Court of California County of Los Angeles. 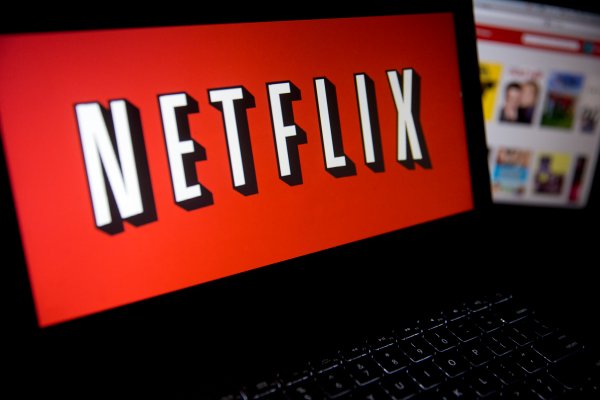 Sharing Your Netflix Password Is Now a Federal Crime
Next Up: Editor's Pick