The family of Philando Castile—whose shooting death by a Minnesota police officer last week garnered national attention when the aftermath was streamed on Facebook Live—plans to file a lawsuit over his death.

“Yes, we will aggressively pursue justice on his behalf. Yes, there will be a lawsuit,” said Judge Glenda Hatchett, the family’s attorney, at a press conference on Tuesday morning.

Hatchett said she will request that a special prosecutor be appointed to handle the case, and she said she plans to sue the responsible parties, the Minneapolis Star-Tribune reported.

“I will see you in court,” Hatchett said, responding to remarks made in recent days by the attorney for police officer Jeronimo Yanez. The attorney, Thomas Kelly, said the incident “had nothing to do with race and everything to do with the presence of the gun that Mr. Castile had.” In the video of the traffic stop, Castile’s girlfriend, Diamond Reynolds, said he told the officer he was licensed to carry a concealed weapon.

State officials are investigating the shooting, but Hatchett said she won’t depend on the Minnesota Bureau of Criminal Apprehension investigation alone in proceeding with a lawsuit. “We’ve got a lot of work to do, and that work is just beginning,” she said Tuesday.

“If this is the direction of humanity, then we’re doomed,” she said. “Things have to change, so what are we going to do about it?”

Funeral services for Philando Castile will be held in St. Paul on Thursday. 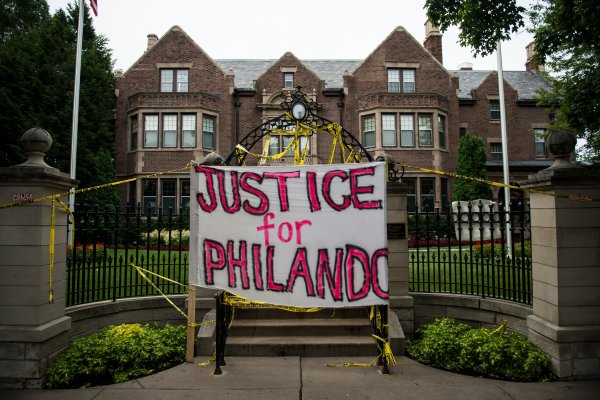 Officer Who Killed Philando Castile Reacted to Gun, Not Race, Attorney Says
Next Up: Editor's Pick