Another day, another iPhone 7 leak. Only this time, we’re looking at what might be the bigger iPhone 7 Plus or Pro.

Posters on China-based social site Weibo have published new images of what they say is the iPhone 7 Plus or Pro, the bigger version of the iPhone 7 leaked previously. Like the iPhone 6 Plus and iPhone 6s Plus that came before it, the device shown in the images comes with a 5.5-inch display, the posters say. It’s unclear, however, how they obtained the device and whether it’s the real thing or a fake.

Since Apple is notoriously secretive, it’s impossible to know what the company has planned. However, a slew of rumors have surfaced over the last several months suggesting the company will launch a new iPhone this year that will come with some minor design tweaks compared to the iPhone 6s. Those changes include a slightly redesigned chassis and movement of the device’s antenna lines which help it connect to cellular networks to the edges. The reports have also said Apple could be planning multiple versions of the iPhone 7, including the standard iPhone 7, an iPhone 7 Plus, and potentially, an iPhone 7 Pro.

If that’s true—and again, Apple hasn’t commented on its plans, so it’s impossible to know for sure—the device pictured in the latest leak could be the “Pro” variant.

Why? Well, the pictures seem to show a dual camera design, which has been rumored but was reportedly only planned for the highest-end iPhone Apple plans to launch this year. In addition, the smartphone in the image has eliminated the mute button—something Apple has done with its iPad, including the iPad Pro—and it comes with a Smart Connector.

The Smart Connector was introduced with the iPad Pro, and allows users to connect accessories to the tablet, including physical keyboards. Indeed, it’s a central component in the iPad Pro, and hasn’t been made available in any other devices Apple has offered to date. However, it’s widely believed that it could eventually make its way to other Apple products as time goes on.

If Apple delivers three new versions of its iPhone 7, why not offer the Smart Connector in the Pro?

That said, like any other Apple-related rumor, these images should be taken with a hefty dose of skepticism. While Apple has not been the best in recent years at keeping its secrets close to the vest, it’s unknown how the devices were obtained and whether they were swiped from the factory line (unlikely) or if they are simply prototypes Apple was considering. It’s also possible that these are little more than mockups based on all the rumors that have surfaced thus far.

Then again, it’s possible these are real and Apple is indeed planning a Pro version for its iPhone. After all, just yesterday, purported images of the iPhone 7 leaked online by a reliable source of earlier Apple leaks. They were by far the best looks yet at what Apple might have planned and the device in those images looks strikingly similar to those featured in the latest leak. 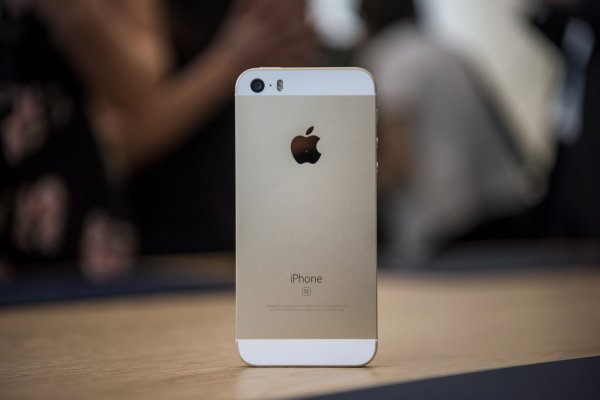 The Best Features in iOS 10 So Far
Next Up: Editor's Pick