For decades, pregnant women have been advised to take prenatal vitamins in order to ensure that they get the nutrients the fetus needs for a healthy nine-month growing period. These vitamins typically contain folic acid, which is critical for neural development, and other B vitamins that can be hard to get from diet alone. But a slate of recent reports are casting some doubt on the advice that all pregnant women need all those other daily vitamins. That doesn’t mean pregnant women should ditch their prenatal, however.

Now, a new report published in Drug and Therapeutics Bulletin adds to the confusion. Dr. James Cave and his colleagues reviewed the available data on the effects of various key nutrients on pregnancy outcomes. The U.K. health service and the FDA in the U.S. currently advise expectant women to take folic acid and vitamin D. The scientific evidence supporting folic acid supplementation, which can prevent neural tube defects, is relatively robust and includes randomized controlled trials in which women were randomly assigned to add folic acid to their diet or not and the rates of neural tube abnormalities in their children were tracked. The studies found that the supplement can lower risk of birth defects by up to 70%. The data for vitamin D is less conclusive, with often conflicting results about whether vitamin D can actually prevent rickets among newborns.

“When we looked at the studies, it was remarkable how little good evidence there is to support what women do,” says Cave, who is also editor-in-chief of the Drug and Therapeutics Bulletin. Cave says that other than folic acid and vitamin D, there’s not enough support to recommend that women spend money on multivitamins during pregnancy, and that most of the belief that women require for a healthy pregnancy comes from marketing efforts with little scientific basis, he says.

“Although we say the western diet is poor, if we look at vitamin deficiency, it’s hard to demonstrate that people have vitamin deficiency. It takes someone to say, ‘Hello a minute, let’s unwrap this.’ What we discover is the emperor has no clothes; there isn’t a lot of evidence.”

That dearth of scientific support likely stems from the fact that it’s difficult ethically to conduct studies on pregnant women; moms-to-be have historically been kept out of studies for fear of adversely affecting their developing babies. That’s why most trials are observational studies that either track women’s supplement use and their babies’ health after-the-fact, or follows them as the women make their own decisions about which vitamins to take.

Still, Dr. Scott Sullivan, director of maternal and fetal medicine at the Medical University of South Carolina and a spokesperson for the American College of Obstetrics and Gynecology (ACOG), doesn’t agree that multivitamins are a complete waste of money. While ACOG doesn’t specifically advise women to take a panel of multivitamins, its list of suggested ones includes more than the U.K.’s minimalist list of just two.

For example, in the south, Sullivan says the typical diet is low in iron-rich foods so many pregnant women are anemic. ACOG’s list includes iron and iodine supplements as well, in addition to calcium and vitamins A, B and C.

Unlike the British authors, Sullivan says he doesn’t see the harm in pregnant women taking multivitamins since they do contain a range of nutrients. While there might not be solid scientific proof that they can benefit the fetus, there also isn’t strong evidence that they can be harmful. And instead of taking several different pills, a multi vitamin that includes an array of nutrients might make it easier for women to take regularly. “In the American market, the additional micronutrients in a prenatal vitamin does not increase the cost to the patient considerably,” he says. In fact, in an informal survey he did a few years ago of 42 different prenatal vitamins his patients were taking, he found that the more expensive brands were less likely to contain more of the claimed nutrients than cheaper varieties.

Because there isn’t the same type of high quality data supporting the effects of all of the nutrients in a typical multivitamin, Sullivan believes it doesn’t hurt to take one, as long as you’re aware that the studies don’t provide robust support of their benefits for pregnant women — and the cost isn’t a burden. 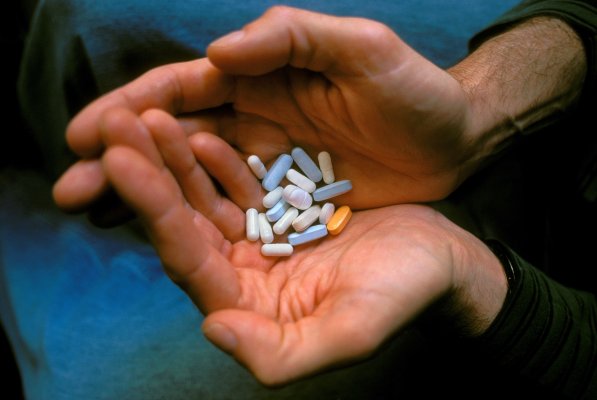 These Drugs Stop the Spread of HIV Even Without Condoms
Next Up: Editor's Pick