My Democratic Problem With Voting for Hillary Clinton

Democratic Presidential candidate Hillary Clinton speaks to the General Conference of the African Methodist Episcopal Church during their annual convention at the Pennsylvania Convention Center in Philadelphia on July 8, 2016.
Charles Mostoller—Reuters
Ideas

I am not voting for Hillary Clinton, regardless of her endorsement by Bernie Sanders. My decision isn’t because of the scandal around her emails or because of some concern over her character. My reasons are pretty straightforward. I don’t agree with her ideologically.

Democratic values centered on economic and racial justice shape my own politics. I’m not convinced those values shape hers. Nothing Clinton says or intends to do if elected will fundamentally transform the circumstances of the most vulnerable in this country—even with her concessions to the Sanders campaign. Like the majority of Democratic politicians these days, she is a corporate Democrat intent on maintaining the status quo. And I have had enough of all of them.

What has Clinton offered the American people as a substantive alternative to the status quo? How would her position on free trade, her view of foreign policy, on immigration, her call for “common sense policing” in the face of the murders of Alton Sterling in Baton Rouge or Philando Castile in Minneapolis redirect our course as a nation? Transform the condition of black and brown communities?

Given the state of the country and of black and brown communities, these questions must be asked. But for many, especially for Clinton supporters, these questions reek of the unreasonableness of the American left or of people like me: that somehow to ask them reveals that we don’t understand the incremental nature of American politics or that we have crossed over into some forbidden realm of politics.

Nothing of the sort is said when Republicans reject Trump on ideological grounds. Many, like Jeb Bush, argue that Trump isn’t a true conservative, and that they will not vote for him or Clinton. This is seen as reasonable, and pundits rarely question the integrity of those who hold such views. But to argue something similar about Clinton is immediately dismissed. We are labeled electoral nihilists.

That difference reveals the spectrum of American politics: that it moves from the center to the far right. There seems to be little room for genuinely progressive politics left of center in this country. (The legacy of the Democratic Leadership Council ensured that.) We are told that our only viable option is Clinton. Get behind her or risk the future of the nation, they say. Political hokum.

This narrowing of the political field joins with a celebration of an easy form of identity politics. Many laud the fact that Hillary Clinton would be our first woman president. But, beyond the symbolism, what would that mean for women at home and abroad?

We have seen a version of this movie before, right? In 2008, the country celebrated the election of Barack Obama as the nation’s first black president. But that celebration did not come with a demand for actual policies that might substantively affect the lives of African Americans in this country. Many just felt good about the idea of a black president. Now, as Obama prepares to leave office after eight years, African American communities lay in ruins, and we continue to find ourselves engaged in this haunting ritual of grieving in public for another black life killed by the police.

It is not enough that Hillary Clinton might be our first woman president. Symbolically that would be significant, but the more important question rests with how her economic policies would affect the lives of working, poor women and children here in the United States and around the globe. How would she shift the frame of US aid policy and its impact on developing countries? How might her hawkishness affect the lives of vulnerable women and children? If none of that matters, then we might as well celebrate Margaret Thatcher, the Iron Lady, because she was a woman.

Anti-racism and anti-sexism have become easy positions for Democratic political elites. We hear politicians talk about voting rights or Roe v. Wade, or stand in the pulpit with black preachers or express solidarity with women around the world, and we assume that their policies reflect their rhetoric. On closer examination, nothing could be farther from the truth. It’s just the latest instance of a puerile multiculturalism that changes little and allows a few people to feel good about themselves.

I am not suggesting that anti-racism or anti-sexism (or identity politics generally) don’t matter. But they can’t provide cover for business as usual—a version of neoliberalism dressed in multicultural Chanel.

Perhaps the most persuasive reason to vote for Hillary Clinton is Donald Trump. Trump is worse. I know that. The prospects of a Trump presidency—what would be a deadly combination of arrogance and ignorance—ought to frighten anyone. It frightens me. But my daddy, a gruff man who has lived all of his life on the coast of Mississippi, taught me that fear should never be the primary motivation of my actions. It clouds your thinking, and all too often sends you running to either safe ground when something more daring is required, or smack into the danger itself. (I learned a similar lesson after reading William Faulkner’s “The Bear” in Go Down Moses.)

The real danger goes beyond the demagoguery of Trump and the racist bile of some of his supporters. The danger is that the way we live our lives as Americans, no matter our optimism about the future, is no longer sustainable.

We can’t even approximate a robust idea of the public good when filthy rich people believe that the only role of government is to facilitate the transfer of public dollars into private hands, and the function of politicians is to make us believe that it is in our best interest that we allow such a thing to happen.

In the end, Donald Trump is just an exaggerated indication of the rot that is at the heart of this country. That fact of Trump alone, and the democratic anguish that goes with it, cannot be the only rationale to support Hillary Clinton. Something more substantive is required of us—of her.

Many, despite what I’ve written, will still vote for Clinton. I do not fault them—especially if they live in a hotly contested state like Ohio or Florida. Vote for Clinton to keep Trump out of office. I completely understand that. But I can’t vote for her.

I will vote down ballot, focusing my attention on congressional, state, and local elections. And I will leave the presidential ballot blank. I have to turn my back on the Democratic Party that repeatedly turns its back on the most vulnerable in this country, because the Party believes they have nowhere else to go. That false belief betrays a fundamental misunderstanding of this period of democratic awakening.

We find ourselves in a peculiar moment in American history, crystallized by profound grief and the hard, pressing work of imagining a future under siege by the callousness and greed of the present. A renewed democratic faith in each other is required to change our course. Thin imaginations will seal our fate. But, I see that faith blossoming throughout the country (even with all the tears and anguish). The Sanders’ campaign was just one bloom. Everyday people are standing in democratic opposition, shouting with Melville’s Bartleby Scrivener, “I prefer not…”

I will say the same to Hillary Clinton come election time. 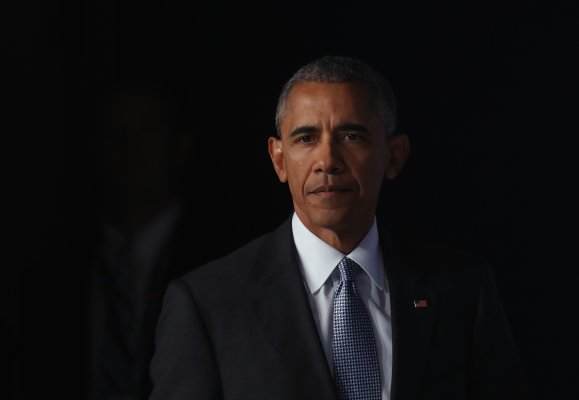 An Entrepreneurial President in the Age of Extremism
Next Up: Editor's Pick