Donald Trump has been on the attack against Hillary Clinton in recent days, but according to uncovered audio he once said that she would “make a good president.”

The audio comes from a 2008 broadcast called Trumped, which consists of a series of 60-second commentaries given by the presumptive Republican nominee as the Apprentice theme-tune plays in the background. The syndicated-radio feature, which was aired from 2004-2008 on Premiere Networks, was unearthed by the Wall Street Journal.

“Hillary Clinton said she’d consider naming Barack Obama as her vice president when she gets the nomination, but she’s nowhere near a shoo-in,” said Trump in the audio released by the Journal, as Clinton was still battling with the current President for the Democratic nomination. 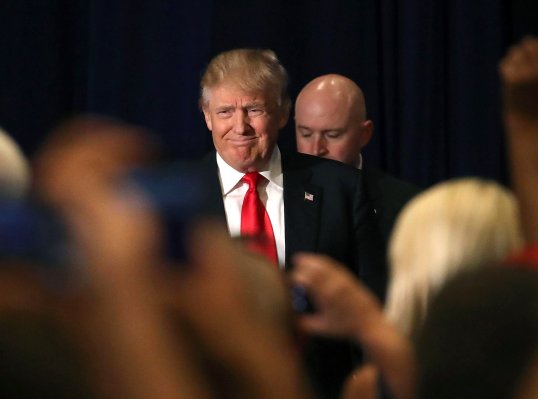