While many of the proposals for the Republican Party’s platform have represented right-leaning, socially conservative values, one amendment introduced in Cleveland on Monday advocated a more inclusive view on same-sex marriage.

Washington, D.C. delegate Rachel Hoff—who introduced herself as the first openly gay member of the platform committee—proposed an amendment to rewrite the GOP position on same-sex marriage to recognize the “diverse and sincerely held views on marriage within the party,” in place of language opposing same-sex marriage.

In an emotional speech, Hoff pointed to polling showing that many younger Republicans support gay marriage.

“If our party wants a future, we should be mindful of these statistics, and we must evolve,” she said. “We all agree on one thing: the importance of the institution of marriage to our society. Gay and lesbian Americans like me are simply asking for the opportunity to join that institution, to share in that institution and to strengthen that institution. We are your daughters, we are your sons, your friends, your neighbors, your colleagues, the couple that sits next to you in church, and one day, when I am ready to marry the woman I love, I hope it will be me.”

Hoff, who choked back tears at one point, spoke about her own involvement in the Republican Party and asked for greater inclusion.

“In high school, I chose to be a Republican. My parents are not Republicans, so I wasn’t born this way. I chose to be a Republican because I believe in the same principles that you do: freedom, individual liberty and limited government,” she said. “I’m here, 15 years later, still in this great party, despite the hurtful rhetoric and stance on these issues, and all I ask today is that you include me and those like me—and not exclude us—by simply acknowledging that thoughtful Republicans represent multiple views on the definition of marriage.”

Hoff’s amendment failed by about a 3-1 margin. It would need the support of 28 committee members in order to be brought before the full convention next week.

Watch her full speech about the proposed amendment here. 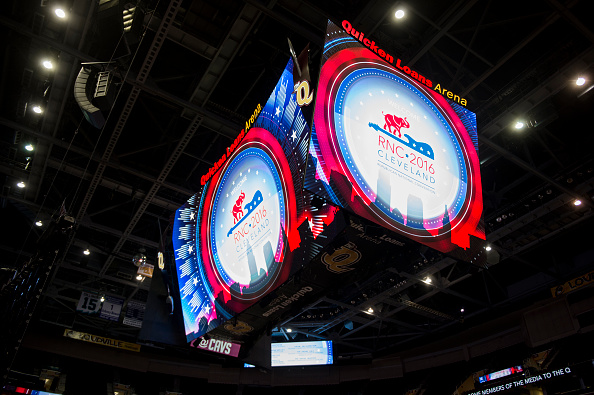 Why Guns Won't Be Allowed at the Republican Convention
Next Up: Editor's Pick