An author named “Barack Obama, JD” published an article on Monday in a scholarly journal. No prizes for guessing the topic: It’s an assessment of the Affordable Care Act as well as policy recommendations for the next president to improve the U.S. health care system.

The article, titled “United States Health Care Reform: Progress to Date and Next Steps,” was published by the Journal of the American Medical Association.

The piece, which contains 68 footnotes to academic journals and government publications, claims to present evidence showing that the number of Americans without health insurance has dropped dramatically, and resulted in lower hospital readmission rates. Obama also used the article to recommend the introduction of a “public option” plan in parts of the U.S. and for the federal government to push down drug prices.

Reporters and scholars took to Twitter to note the President’s initiative:

One law professor, meanwhile, used the occasion to tease Obama that he was still beholden to his former life as an academic:

While publication in JAMA is widely regarded as an impressive accomplishment, some may wish to take Obama’s contribution with a grain of salt since it was not peer-reviewed and appears with a title of “special contribution.” Nonetheless, according to JAMA editor-in-chief Howard Bauchner, the article went through a two months of fact-checking and multiple edits and revisions.

“While we of course recognized the author is the president of the United States, JAMA has enormously high standards and we certainly expected the president to meet those standards,” Bauchner told Bloomberg.

Obama is the only author named on the article, though the President does credit seven staff members for assistance with writing, research and editing.

The article comes as the Affordable Care Act (aka ObamaCare) appears set to be a central points of debate in the upcoming Presidential election.

Republican candidate Donald Trump has vowed to repeal the act, which is one of President Obama’s signature legislative accomplishments. Hillary Clinton, meanwhile, has taken positions that mirror Obama’s latest position on drug prices, and on creating a public option for insurance. 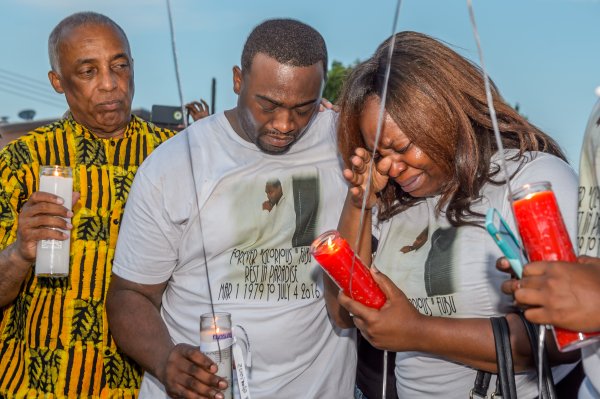 NYPD Officer Stripped of Badge and Gun After Road Rage Shooting
Next Up: Editor's Pick