World's Only Museum Dedicated to the 1989 Tiananmen Square Massacre Closes

A museum commemorating the Tiananmen Square Massacre of 1989 shuttered Tuesday in Hong Kong after opening just two years ago.

The June 4 Memorial Hall, housed in a small apartment-sized space in Hong Kong’s busy Tsim Sha Tsui district, was the only museum in the world dedicated to the massacre.

The Hong Kong Alliance, a pro-democracy group that runs the museum, said the closure was due to pressure from the corporation that owns the building, reports the South China Morning Post.

A suit filed by the corporation claimed the space could not be used as a museum in accordance with the building’s usage permit. But the alliance suspects the move is political, and said the building’s owners had made daily operations difficult by insisting on recording the names and personal information of visitors — a move which put off many from mainland China, according to the Post.

Read More: The World’s Only Tiananmen Massacre Museum Is Being Forced to Close

Since opening in 2014, the alliance said about 20,000 visitors, most from the mainland, had come to see the exhibits. In China, all mention of the June 4 massacre — when Chinese troops cracked down on protesting students and workers, killing hundreds if not thousands of people — is forbidden. But Hong Kong’s status as a semiautonomous region allows its citizens greater freedoms than those across the border and the city is the only place on Chinese soil where the massacre can be publicly commemorated.

The museum, which includes military items, newspapers and video footage, won’t be closed for long, the owners say. They have set up a crowdfunding page with the aim of raising enough money to open a new premises. 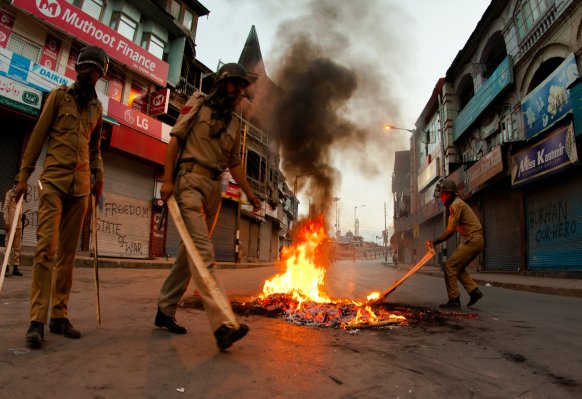 At Least 30 Dead in Kashmir Clashes
Next Up: Editor's Pick