People inspect the damage at a site hit by a barrel bomb in the rebel held area of Old Aleppo, Syria on July 11, 2016
Abdalrhman Ismail—Reuters
By Simon Lewis

Civilians were reportedly killed in both government-controlled and rebel-held quarters of Aleppo on Monday after antigovernment forces launched an assault in the divided north Syrian city.

Agence France-Presse (AFP) reports that rebels attempted to regain control of the Castello Road, the only supply route into the eastern part of the city they control, which had been severed by the forces of President Bashar al-Assad’s government.

Shelling by rebel forces — which comprise Free Syrian Army, the Islamic Front and other groups — killed nine civilians, according to figures from the Syrian Observatory for Human Rights, a group based in the U.K, cited by AFP. The group estimated that 13 civilians were killed in airstrikes by the regime focused on the Bab al-Maqam neighborhood.

Aleppo, the largest city in Syria and one of the oldest continually inhabited cities in the world, has been divided since 2012, when fighting broke out between rebels and the government. An estimated 300,000 people live in areas of the city held by antigovernment groups. 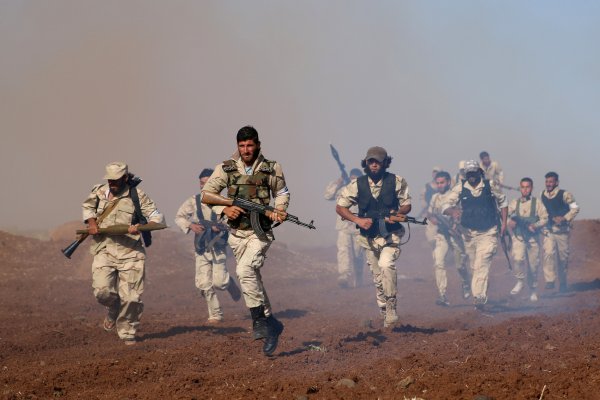