We all know that breakfast is the most important meal of the day, and apparently American diner Denny’s takes that responsibility pretty seriously. So seriously, in fact, that it has decided to re-engineer its traditional pancakes to make them “bigger, better, and tastier.” America: land of the maxed-out meals.

Starting in stores across the country Tuesday, the menu’s buttermilk pancakes are now 50 percent fluffier than the original iteration. Go big or go home.

“Our old pancakes were fine, but America deserved better,” Denny’s says. “So as we set out to upgrade our own pancakes, we knew we had to create a recipe that was so good it would even top those being made in kitchens across the country,” said John Dillon, chief marketing officer for Denny’s, in a statement. And to really amp up the flavor factor, the new pancakes come in variations like “sticky bun” and “peanut butter cup.” Who says you can’t eat dessert first?

On the flip side, though, the new ‘cakes are made with real eggs and fresh buttermilk (instead of the traditional powdered mix), which sort of neutralizes the effect of the sugary add-ons.

But do the new pancakes live up to the hype? A Foodbeast reviewer gave them an initial thumbs up. They really are that much fluffier. 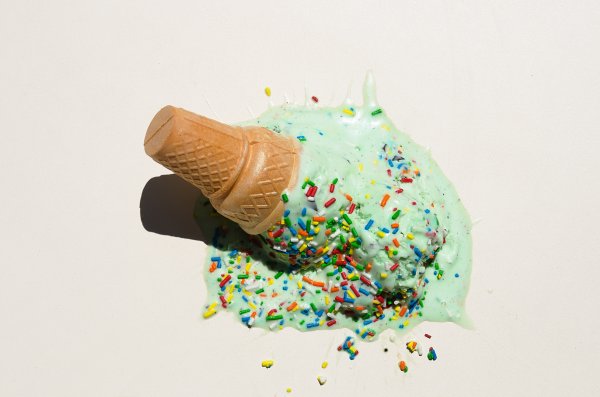 Swim in a Pool of Sprinkles at this New Museum of Ice Cream
Next Up: Editor's Pick