Dallas Doubtful That President Obama Can Bridge Its Divide

President Obama is scheduled to travel to Dallas Tuesday to help the city grieve for its five fallen officers and, hopefully, begin to bridge racial divides in a week when the police shooting of unarmed black men and the retaliatory killing of the officers have enflamed race relations across America.

But Obama comes to a city still reeling from tragedy. Some welcome the President’s words, but most have little hope that he can change things. Dallas this week remained a city divided. The police were in mourning while Black Lives Matter activists who gathered for a town hall on Sunday were as angry and frustrated as ever.

This is a role Obama has played before: comforter-in-chief. He gave profound and stirring speeches in the wake of the Sandy Hook shooting, the shooting of then-Rep. Gabrielle Giffords, the massacre at the Emanuel church in Charleston and many other mass shooting incidents over the past seven years. Time and again he has delivered powerful oratory and expressed frustration that not more could be done to stop such tragedies on gun control, on criminal justice reform—on anything, really, requiring bipartisan action in Congress.

“I am disappointed in Obama. He got elected talking about change and he played on hope, pulled on messages that he knew would pull on the heart strings of black and brown people,” says Changa Higgins, one of the leaders of Dallas Action Coalition, one of the groups that organized the Black Lives Matter march that was ambushed last week. “He’s said some profound things in speeches, but it’s hard to name any legislation that would actually lead to real change on the ground particularly for black people.”

Higgins loved the speech Obama gave on race during the 2008 campaign, but he has been frustrated that the president hasn’t done more with violence and crime rising in America to stop police brutality.

Even if he just gave more speeches, that would be something, said Ebony Botchway, 32, a photographer who was moved by the tragedy to create a Facebook page to document the races coming together. Obama “could handle this better. He could be more focused on the issue, not only when somebody dies. Our people are dying daily,” she said. “Obama should be able to focus on this more. If he’s visiting Dallas, he should visit Baton Rouge and Minnesota and anywhere black people are killed.”

Others, though, said they still liked Obama—they just didn’t think he’d have much of a chance to change things. “Obama doesn’t control the government. Look who controls the House, the Senate. He’s just one of the three branches. And we know who really controls things in Washington,” says Jarvas Wright, 39, another Black Lives Matters activist.

Agreed, Oyinka Green, another activist: “President Obama don’t come to the hood and offer condolences. He don’t set up funds for funeral expense. He don’t go down to the morgue and help identify the bodies. He don’t sit in the courtroom and even though they got them on video the police officers walk away.”

Lindy Cavness, 46, started a group called Racial Unity. She works to speak to other white people about the importance of understanding between the races. “I have a lot of respect for Obama because he’s had a really hard time of it. People on the right say he’s just a president for black people. People of the left say he’s not doing enough for black people,” Cavness said. “I don’t think he’s done enough. He just comes out and makes a speech.”

What can change? With the election so close and Congress stuck in gridlock over even seemingly bipartisan measures such as emergency funding to combat Zika, the White House didn’t anticipate any announcements Tuesday beyond Obama’s speech. 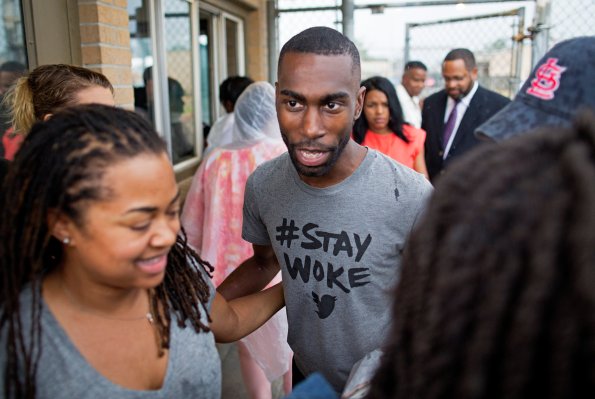