How Postmates Survived and Thrived Despite the Naysayers

Imitation may be a form of flattery, but in the world of tech startups, it can also be deadly. Solve a common problem and copycats are sure to emerge, often undercutting you with lower prices even at the risk of burning through the piles of cash they have raised.

Not long ago, it seemed like this was the fate facing Postmates. The San Francisco-based company built an app that wants to be nothing less than a remote control for your city, with food and other goods delivered to your doorstep an hour after you ordered them from your phone. Other similar startups quickly appeared. Just as quickly, some of them began to shut down (SpoonRocket) or face funding problems (DoorDash). Venture capital luminaries like Bill Gurley predicted a shakeout, with Postmates among the likely casualties.

Such a shakeout in the on-demand delivery space may indeed be coming. But it’s looking more like Postmates is among those positioned to survive — and even benefit. In April, the (private) company’s financials were leaked, showing revenues grew sixfold last year and would rise 450% this year. Even better, gross margins will double to 24% this year from 12% in 2014. The numbers bolstered CEO Bastian Lehmann’s view that Postmates would be profitable by 2017.

Rather than being one more on-demand startup burning through venture capital, Postmates resembles the kind of young company investors want delivered to their portfolios: a fast-growing firm that can make a credible case for imminent profitability. To understand why, it helps to look at Postmates’ history — as well as its plans for growth.

Postmates was founded five years ago, but the idea originated another five years before that: a logistics company for the mobile age, a courier service that connects local retailers and their customers in a way that never existed before. But it wasn’t until the smartphone arrived that the idea gained traction. “Postmates needed the penetration of the iPhone and the technology it unlocked to be successful,” says Lehmann.

Before Postmates, Lehmann worked for mobile companies like 12snap, which pioneered consumer marketing campaigns on older, simpler mobile phones. Lehmann, along with co-founders Sean Plaice and Sam Street, initially designed the app for merchants to deliver, say, furniture or bikes to customers. To grow its audience, Postmates began to build an interface for consumers as well. It soon became clear consumers were using it to order food from restaurants.

Today, many people lump Postmates in with food-delivery companies like Grubhub. But that’s not necessarily how Postmates sees itself. “Food is for us what books were for Amazon,” Lehmann says. “If we didn’t need food deliveries, Postmates would probably provide only commerce, because that’s the idea down the road. We’ve built the largest on-demand logistics platform, while a lot of people looked at us and thought we were an overpriced food delivery company.”

Today, Postmates relies on 25,000 couriers to make 1.3 million deliveries a month in 40 cities. And as you enjoy the Chipotle burrito that a Postmates courier just delivered, you might also chew on Lehmann’s view of what the company really is: a node connecting the mobile economy and old school brick-and-mortar commerce.

“We wanted to make sure that Postmates is an anywhere product. You can literally point this at any place you can imagine in your city and we would get that item, even a very difficult product to fulfill,” Lehmann says. “And this fits 100% with my experience with how much of a personal device the smartphone is and how much customers are attached to it.”

This gets at why Postmates has defied its naysayers. The people who have discovered this aspect of the app have become loyalists, shunning Grubhub and the legion of Postmates copycats. The reality, though, was that many of those also-rans were undercutting Postmates’ “anywhere” delivery fee of $9.99. So the company got creative about how to match them on price without burning through the money it had raised.

In 2015, Postmates introduced its Plus feature, a flat $3.99 delivery fee for “preferred merchants,” that is, merchants who agreed to cover a portion of the delivery fee in exchange for prominent screen placement whenever a user opened up the app. Anywhere users come to Postmates knowing what they’re looking for. Plus users want some suggestions. And that $6 discount on delivery is appealing.

By sharing delivery costs with merchants, Postmates was able to grow revenue without weighing down its gross profit margin. That made it less reliant on recurring rounds of fundraising. According to Crunchbase, Postmates has raised $138 million in total, with the most recent round occurring a year ago.

Postmates’ plan is to continue growth that doesn’t turn those gross margins negative. In the coming weeks, Lehmann says, the Postmates app will introduce a new (non-food) segment that users have indicated interest in. He won’t specify what it is, but hints it is related to the health-care and beauty segment of the consumer market.

More boldly, Postmates has introduced Unlimited, an Amazon Prime-like subscription service that, for $9.99 a month, will make as many deliveries as you like from its Plus merchants, as long as each order exceeds $30. This is a high-risk, high-reward bet. Amazon Prime cut into profits for years, but over time Amazon won a larger share of its loyal users’ wallets.

Unlimited is the kind of strategic left turn that make potential investors uneasy. In 2012, investors were skeptical about Postmates’ unproven business model. Back then, its only historical antecedent was Kozmo.com, a mascot of the dot-com bust. Three years later, Postmates’ space was so crowded it was figured to be a goner. It has survived, in part, by placing bets on what’s coming next.

“There are a lot of things that are undefined, and capital doesn’t like undefined things,” Lehmann says. But Postmates does, so much so it lists “eccentric” among its core values. “We want to embrace that a little bit,” he adds. “I think it’s good to be a little eccentric. It’s good to do things that are against the grain. Because I feel like ever since I arrived in San Francisco, it’s gotten a little bit too much with the grain, too brushed into this one beautiful direction where everything is the same.”

The company’s contrarian streak may be what preserves it. Rather than an Uber-like strategy of spending to grow in all markets at all costs, Postmates saw its rivals spending on delivery discounts and found a way to get its merchants to share in the discounts.

“Growth just for growth sake is just a drug, but it can very quickly swing out of control,” Lehmann says. “It never surprised me when someone asked us how we made money. But we lived through a while when nobody asked us how we were going to make money. And that made us always believe the pendulum was going to swing into the other direction.” 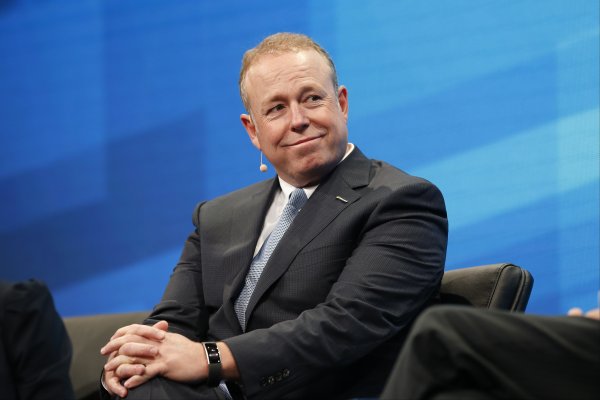 A Longtime Microsoft Exec Just Left the Company
Next Up: Editor's Pick