In a web video—the series is on a break until July 24—Oliver read some of his favorite mean comments and some rave reviews about the Last Week Tonight hosts’ appearance. In true Oliver fashion, he refers to the comments as fan mail, which is ironic given few seem to be fans.

“As always, our fan mail comes in the form of YouTube comments, the most cogent written argument for never learning how to read,” Oliver says.

The comments range from a flat critique that the show is “uniquely boring,” to some keen observations about the hosts appearance.

“One commenter wrote, ‘john oliver has magnificent eyebrows,’ which I appreciated,” Oliver said. “No one has ever called any part of my body magnificent.”

Others were pretty cruel. One said the host looks “like a mix of a Pokemon and a child molester,” while another called him an “unfunny live action beaker.”

Watch the full video to see how Oliver handled the jabs. 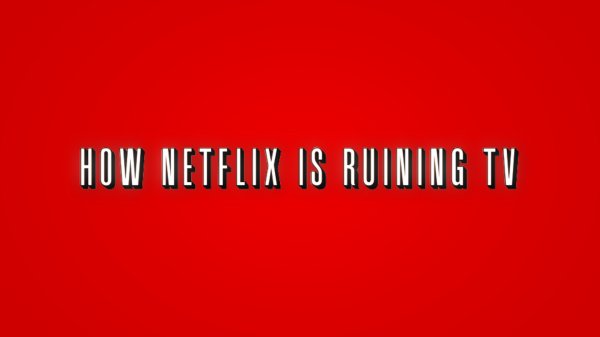 How Netflix Is Ruining TV
Next Up: Editor's Pick