8 Serena Williams Quotes That Deserve Their Own Trophies

Serena Williams just crossed a major career milestone when she won Wimbledon for the seventh time. With her 22nd Grand Slam title, she’s now tied with Steffi Graff for the most Grand Slam wins in the Open era of tennis (she needs two more titles to match Margaret Court’s all-time record of 24.)

How does Williams continue to be one of the best athletes of her time? It must have something to do with her mentality, which is on display in these 8 quotes that will get you jazzed to win, even if it’s just winning the day.

“It’s me, and I love me. I’ve learned to love me. I’ve been like this my whole life and I embrace me. I love how I look. I am a full woman and I’m strong, and I’m powerful, and I’m beautiful at the same time.” (via ESPN)

On her own legacy:

“I’ve had to learn to fight all my life – got to learn to keep smiling. If you smile things will work out.”(via The Champion’s Comeback: How Great Athletes Recover, Reflect, and Reignite by Jim Afremow)

On knowing when not to compete:

“The success of every woman should be the inspiration to another. We should raise each other up. Make sure you’re very courageous: be strong, be extremely kind, and above all be humble.”(via Glamour)

On the most important part of being a winner:

“I really think a champion is defined not by their wins but by how they can recover when they fall.” (via The National)

“It’s important to touch on the body image issues. I’m interested in doing the best than I can and winning grand slams and being a champion and, you know, everyone has different goals … I’m not out there thinking, OK, I’m not going to go to gymnastics class today because I don’t want to look fit. I literally was born with this most amazing body, and to be historic, and to amazing, and to be badass. And if anyone doesn’t like it, then they don’t have to. Because at the end of the day, I like it. And I know a lot of other people who like it too.” (via TIME)

“You can be whatever size you are, and you can be beautiful both inside and out. We’re always told what’s beautiful and what’s not, and that’s not right.” (via PEOPLE) 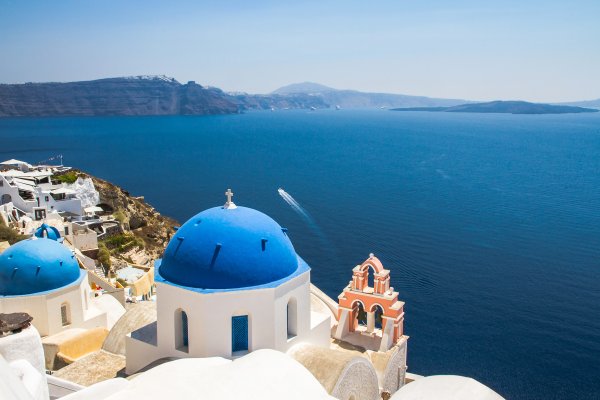 This Woman Had the Most Hilarious Honeymoon—With No Honey
Next Up: Editor's Pick